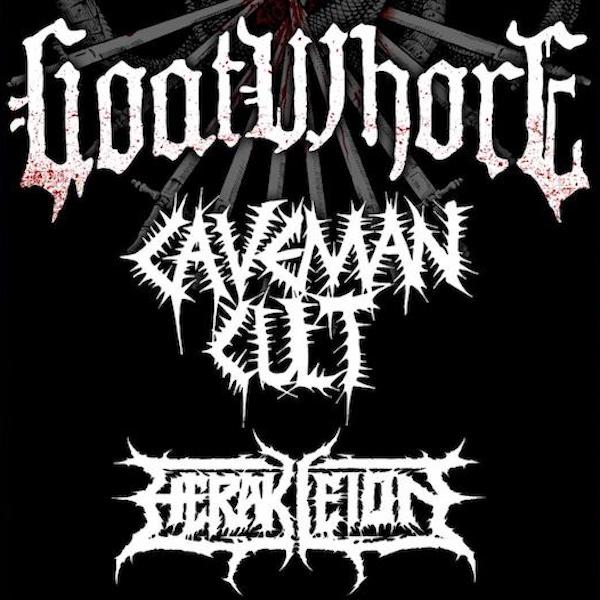 Goatwhore will kick off the new year with a short run of US headlining shows through the Gulf States. The trek begins January 5th in Pensacola, Florida and runs through January 14th in Long Beach, Mississippi.
Support will be provided by Caveman Cult, Herakleion, and others on select dates. Tickets are on sale now! See all confirmed dates below. 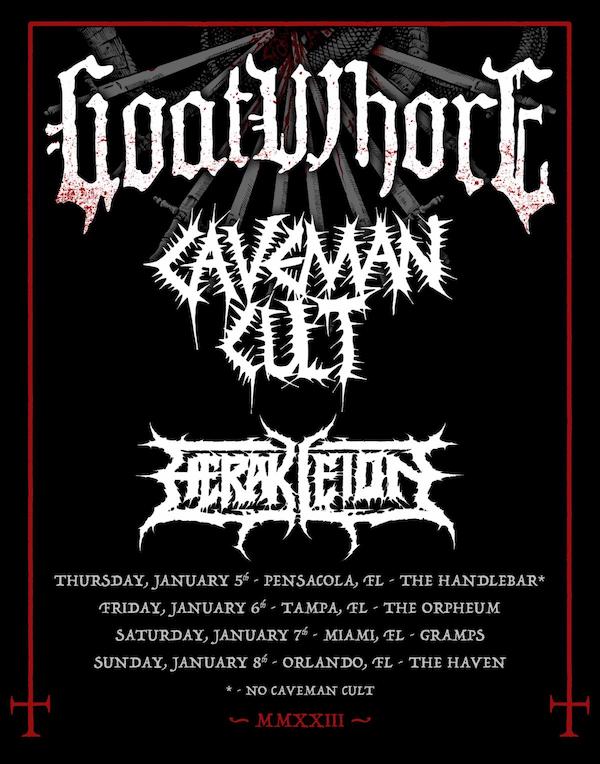 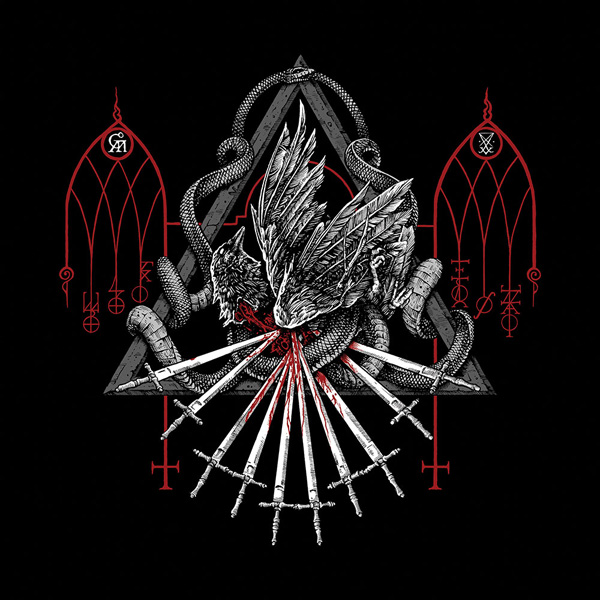 Angels Hung From The Arches Of Heaven Track-list:
01. Invocation 3
02. Born of Satan’s Flesh
03. The Bestowal of Abomination
04. Angels Hung from the Arches of Heaven
05. Death from Above
06. Ruinous Liturgy
07. Victory Is the Lightning of Destruction
08. Voracious Blood Fixation
09. The Devil’s Warlords
10. Weight of a Soulless Heart
11. Nihil
12. And I Was Delivered from the Wound of Perdition
View the band’s previously released videos for “Born Of Satan’s Flesh”:
Angels Hung From The Arches Of Heaven was produced by Jarrett Pritchard (Exhumed, 1349) and tracked primarily at Studio In The Country in Bogalusa, Louisiana under pandemic restrictions. Additionally, the band recruited acclaimed producer Kurt Ballou (Converge, High On Fire, Gatecreeper, Code Orange) to mix the record with final mastering duties handled by Grammy-award winning engineer Ted Jensen (Ghost, Gojira, Cult Of Luna). The record is tied together by the art of longtime collaborator Jordan Barlow whose cryptic use of sigils holds deeper meaning to the record’s totality.
Angels Hung From The Arches Of Heaven is available on CD, digitally, and LP on multiple color variants. Preview and purchase yours here. 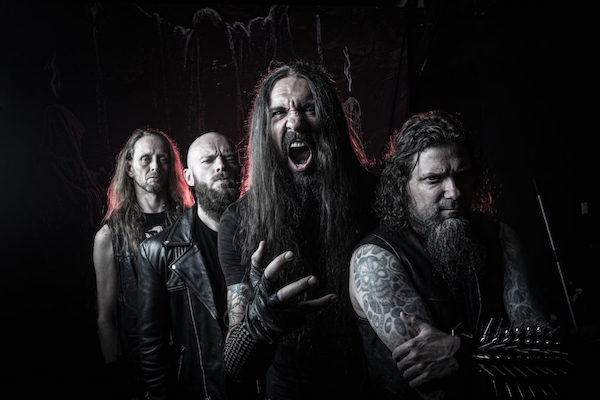 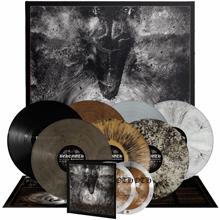 Behemoth: Sventevith (Storming Near the Baltic) CD and vinyl re-issues out now – News 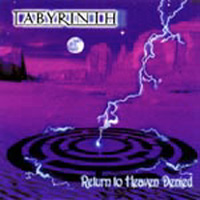 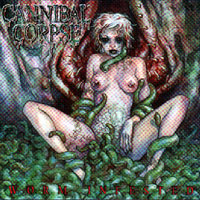