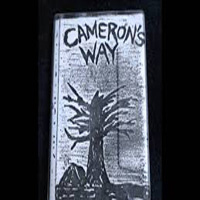 A great live band, full of angst and energy. Moody, introspective, topped off with just enough guitar solos to make it work.