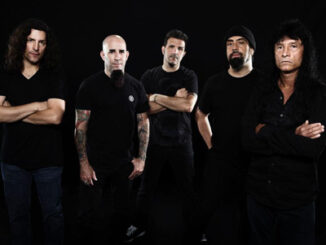 Anthrax have made one of 2011’s most impressive rock’n’roll comebacks that included the 9/13/11 release of the band’s long-awaited new album Worship Music.

The multi-Platinum thrash/rock band ANTHRAX have been working on a brand new album with Joey Belladonna.

Wondering when you’ll get a new Anthrax record? Fresh off their stint on the Jägermeister Music Fall Tour with Slayer and Megadeth.