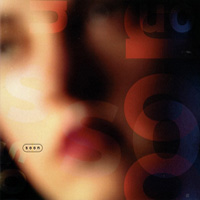 Like New Order with Primus’ bassist. Quality stuff from this SirenSong side project.