First off, here’s a scatter chart of the range of musical styles on the Soon compilation disk:
| – – – – – – -| | | | | | |- – |—-|—— |. That stuff in the middle is the Goth/ethereal stuff, that kind of dark, complex style with the floating, intricate vocal and guitar melodies, often having a strong bass backbone. If the tracks not in that genre had been left out, Soon would have been a brilliant showcase of that particular style. But because of the tracks that don’t fit in, it seems as if this is supposed to represent a range of styles, but it doesn’t. Nonetheless, the disk, a compilation of 15 New England bands, with a printed insert illustrated by 10 Boston and New York artists – with all proceeds going to the AIDS Action Committee, and all work contributed by the artists/musicians – is a beautifully conceived, beautifully produced, beautifully executed piece of work.

All right, let’s get back to the chart, class. That tick way down at the end represents the Brothers Grimm, whose rap track, “Where the Wild Things Are,” is not indefensible musically, but stylistically, WHAAA?!?!? It just doesn’t belong. And while it’s not bad, it’s not in the slightest bit outstanding for the genre, so I can’t imagine what induced them to put it on the disk. At the near end, “Funny Notions” is a track which makes me think that Vision Thing, on it’s voyage from Reworked Roots Rock to Goth/Ethereal, got stuck on a siding just this side of Interesting.

Next over is the track from Orbit, “Purge” which is a good song, although much more pop than the others. It’s not completely out of place on the disk, but one of the band’s members did joke that Orbit had gotten in with this crowd because their name is listed weekly on ManRay’s schedule (they share the title with one of the club’s Goth/industrial dance nights). This isn’t one of Orbit’s best, but it sounds really good if you play it with the phone company’s off-the-hook signal (I did this inadvertently and it was kind of exciting).

At the CD release party, everyone seemed to be talking about Orbit (“who are these guys anyway? I gotta go see ’em”), but, as the last band at T.T.’s, their show was pretty poorly attended. I liked ’em. They’re pleasantly pop but with enough eccentricity in mood and rhythm to be pretty interesting. The only other band which is not squarely within the Goth/ethereal genre, but still maintains some of its mystical compulsion, is Astroboy, whose track, “Seraphim,” is just different enough and catchy enough to really stand out on the disk. I missed their set at the release party, but several people who’d never heard of them before said they were the best surprise of the night.

The remaining bands, who make up the central core of Soon stylistically, pretty consistently put in strong appearances on the disc and in the clubs. The performance by Sirensong, as well as their track, “Litany,” are – dare I say it? – spellbinding. I hadn’t seen them before, but I’m sold on their upcoming CD and future shows already. Michelle Poppleton has a beautiful Sinead O’Connor-like voice, but without the annoying condescension and with even more lyrical lilt, and in “Litany” it’s juxtaposed with a surprisingly funky baseline by Paul Zutrau which some might find jarring, but I thought was really swell. And speaking of Zutrau (all roads lead to Castle Von Buhler) his vocals in his self-titled band are its weakest asset, although musically, their track, “Burning Bridges” is complex and eccentric, and, again, the baseline stands out.

Mistle Thrush‘s performance at T.T.’s was not as thrilling as I’d expected, but their track, “Beyond Reach” travels a compelling path from a classical/Celtic style almost all the way to My Bloody Valentine. You start out in a decaying abbey with the spirits floating overhead, then they gradually close in on you, becoming successively less uplifting and more and more intimidating. The St. Chimerae track, “Midnight,” is a bit too self-conscious and studied for my tastes; damn, wouldn’t Nisi Period have fit in well here?! (But I don’t think they’ve ever been invited to Castle Von Buhler.) I heard an awful lot of nasty criticism of One of Us‘s show at the Middle East, but although John Creeden’s vocal style doesn’t do much for me (“Like Joel Grey doing Bauhaus,” said a friend), on the CD, their rhythm section has an insidiousness that worked well for me.

I’m not trying to mention every single band, but I’m disappointed to be unable to say anything spectacular about Opium Den and Curious Ritual, who are two of the best bands around in the Goth/ethereal style. Both of these bands put in great appearances at the CD release party (nice to have you back, Annette), complete with Linda Jung doing a scary writhing thing on the dance floor at the Middle East Downstairs (possession is good for the image. Honestly though, it was kind of interesting). Both Sean O’Brien (Curious Ritual) and Christian Gilbert (Opium Den) have very distinctive, mesmerizing guitar styles. The tracks on Soon from these two bands are both good, but disappointingly not outstanding from bands that can be as good as these two can. Get their CDs; go to their shows.

It’s too bad CD inserts are so limited in format, because the artwork contained in this one is really impressive. I’m not going to review it because I hate art, but I’d recommend taking a look at it. Polly Becker‘s piece, a photograph of a construction, is kinda haunting and works very well with the package in general, and Bina Altera‘s piece is an interesting skewed collage of a woman in grays and violets. The piece by Cynthia von Buhler, who produced the disc and release party, is a collage of a monk-like man overlayed with roman numerals and inset with a small caged bird, and is a perfect realization of the tone of the CD: Gothic, spiritual, dark.

I have to admit to having had a certain measure of skepticism about this project. Von Buhler – illustrator, performance artist, manager of Sirensong, owner of Castle von Buhler, and “The Mary Tyler Moore of Goth” (so dubbed by my friend James Kraus, an illustrator himself and a DJ on WZBC. I offered to have him remain nameless to protect his innocence, but he allowed, as his innocence had already been sullied to (or by?) that crowd). Cynthia is truly the essence of self-promotion, a woman who works tirelessly and relentlessly to develop what should only be attained by act of god, a “Cult of Personality.” All of the foregoing descriptions can have negative or positive connotations depending upon where you stand (or what kind of fetish gear you prefer). Regardless, her most recent project is a tour de force.

“One of the artists on the CD, a very close friend of ours, has AIDS and we wanted to do something concrete for the cause, rather than just talk about it. As a new label (CvB), we thought it would be a good way to introduce ourselves and do positive things for everyone involved in the project. We hope to make this kind of thing an annual project. It’s a cause were more than happy to lose money over” stated label mavericks Cynthia von Buhler and Adam Buhler.

CvB’s second release, Sirensong’s The Cruelty of Children, is slated for early November.

The Skatalites – at the New England Ska Festival – Review 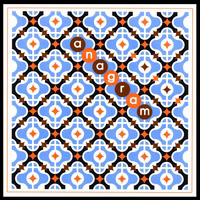 Anagram – The Lights Went Up – Review 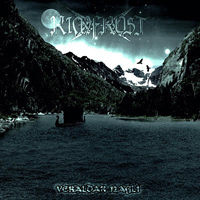