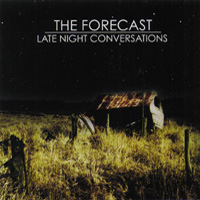 A mix of my favorite parts of Midwestern indie rock and the shit I loathe about emo. Depending on your tastes, you’ll probably love parts of some songs – maybe even whole songs – and hate others. Personally, I loved The Anniversary, and I love simple “breakdown” repetitions that unfurl like a winding road through a wooded area. Conversely, I hate jagged guitars that do nothing but show they’re not gonna conform, maaaan. And if there’s one thing that bugs me, it’s melodies that hover right on the edge of the singer’s range, like that douchebag from The Offspring. It reminds me of a yapping little dog. It’s been trendy for years, emo was worse cuz those whiners just threw their voices in the general direction of a note they couldn’t reach with a step-ladder, and I’ve been impatiently waiting for that fad to pass and those bands to get day jobs and stop yapping and sulking.

The Forecast are new, I’d guess, and have yet to find their legs. Some of the guitarwork and drumming is tasteful, some is filler. The male/female vocals could work well (The Anniversary did it beautifully, made it look easy, but they set the bar high. I kinda wish most bands attempting would be humbled and not put out records for another couple years until they got a little closer to that bar), but as yet, they don’t. Like a lot of new bands, time will tell. Maybe this is all they’re capable of. Maybe they’ll work really hard, not listen to people telling them they’re ALREADY awesome (fan adoration can really limit an artist), and become something amazing. Good start, let’s see where they go with it.
(www.victoryrecords.com) 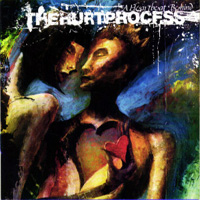 The Hurt Process – A Heartbeat Behind – Review 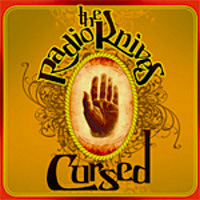 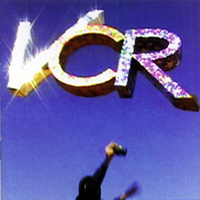