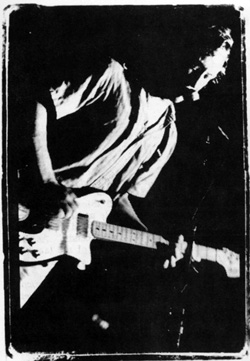 We caught up with Buffalo Tom on their last stop of the Lemonheads tour, which included openers Gigolo Aunts. Being at Great Woods, the most pleasant and professionally managed concert venue in New England, made it easy for me to have a long talk with humble vocalist/guitarist Bill Janovitz.

Over the wonderful meal provided for us by the commissary staff, Bill discussed such things as their satisfaction with their East/West merger (who also recently signed the Dambuilders) and the overwhelming groundswell of their latest CD, Big Red Letter Day.

How does it feel to suddenly be all over radio and MTV, Bill?
“I don’t think there’s any risk of us becoming rock stars,” he said. The guys apparently like the level they’re at, still writing and playing what they want to, and, so far, being able to avoid the trauma of too much success.

“I’d be perfectly happy playing Avalon-sized places for the rest of my career,” Bill told me. This is a nice bunch of guys who have been hoeing this row for a long time, and they seem content and grateful for what they’ve been able to achieve. There is a real dignity to Buffalo Tom and the songs that they write.

You may find a melancholy sardonic wit to the flow of Big Red Letter Day. Songs like “Sodajerk” and “Treehouse” don’t just have the obligatory meathooks and jangly guitars. They also have a haunting residue that lingers in the mind. Lyrics such as “you were made of wood / and cried that no one understood / but I had splinters in my fingers,” are like a photograph of someone you’ve never met but always knew.

BRLD plays like the diary of a brilliant lonelyheart, sitting alone in a picturesque landscape. This is the magic of Buffalo Tom’s music: It doesn’t just rock you, it touches you in a place we all know only too well.

Speaking of rocking, the B-Tom’s clearly stole the show this night in Mansfield, blowing out the house of teens with a poundingly enthusiastic set. Lest you get the impression that this band are low-profile in the live chair, let me assure you, they gave all you could want on stage. Bill Janovitz was everywhere and the songs rang large. This was a sincere and unpretentious performance, unlike that of the seemingly depressed Mr. Dando who barely spoke a dozen words to his audience in his almost 90 minutes on stage, while going through the motions of a medley of Lemonheads hits. I’m not another Evan-basher, but I gotta say, this could not have been his best set ever.

Finally, I must mention Boston’s Gigolo Aunts who opened the show. While I do think that Flippin’ Out (RCA) is a very nice group of lushly produced pop songs, (perhaps owing more than a little debt to the now-defunct Cavedogs) this was simply not their night either. Being the opener is never easy, and the youngsters suffered the typical rushed sound check and poor stage mix which may explain why they decided to forgo their staple background vocals. Unfortunately, this reduced some of the songs (most noticeably “Bloom”) to rather raucous editions. The girls did scream however, and even gave the lead singer flowers after the set. 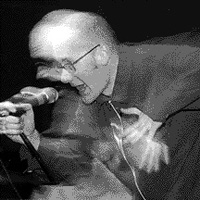 Lordz of Brooklyn – with Sugar Ray, Korn at Axis – Review