Gonzo Papers Vol. 2: Tales of Shame And Degradation in the 80’s
by Hunter S. Thompson
by Michelle Lafromboise

Hunter on spending the night in a Denver airport: “Some things are understandable, like a sudden rash of cow births during a snowstorm on the western slope, or a speed freak strapping himself on top of a bored out Shelby-Ford prototype and running 166 miles into the wind on the Bonneville salt flats but – getting stuck in the Denver airport is no way to spend the night.” Hunter S. Thompson is my hero, it’s true, I worship the ground this man walks on and consume everything he puts out with beer guzzling gusto. It had been a while since I had read any of H.T.’s stuff and I had a serious hankering for downright nasty, dirty, obnoxious off-the-wall writing and I knew good old Hunter S. Thompson wouldn’t let me down. I had a wonderfully cozy evening reading the Gonzo Papers during commercial breaks for a late night psychic friends network info-mercial, finishing sometime in the early A.M. I managed to fall asleep with visions of Hunter knocking back a few beers at the local tavern in Woody Creek Colorado, hashing out Ollie North’s political situation with the cowboy locals. The Gonzo Papers made me laugh, they made me smile, they made me want to get up and flip the bird and yell obscenities at some unsuspecting motorist with a foot-long cigar hanging from my mouth. Hunter’s books have a way of wrecking havoc on your person; they promote spontaneity and encourage you to be stupid just for the hell of it.

Where the Buffalo Roam – Review 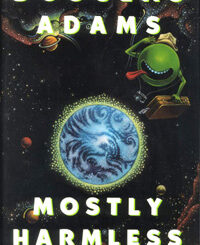 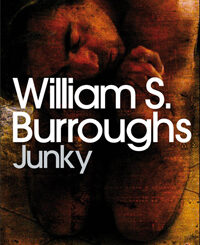