at The Causeway
by Jay Flanagan

I received an anonymous call on my answering machine which stated, “Your quest begins on February 24th at Causeway St. across from Boston Garden at 9 p.m.” After some considerations of whether I was being stalked or the Jerky Boys were phoning residences, I went. I got there around 10:40 and checked out the calendar to find what band was on deck. Olde School. Cool name. Onto the stage strode three short-haired guys and a long, black mohawk person. I had no clue what to expect. And the the jam began… This band was pure energy. The songs were short, but it totally fit the style and the grooves and song lines were very memorable. “Castles in the sand that you let drown.” Phatt. After the set, I met the band and signed their mailing list. Olde School band made me feel 16 and I know that this quest had lead me to a veritable “Fountain of Youth.” Your quest, brothers and sisters supporting original music, begins with this band, Olde School. Keep an ear down and check this band out because Olde School is in the house. 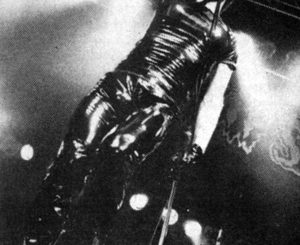 The Cramps – with Gas Huffer at Avalon – Review