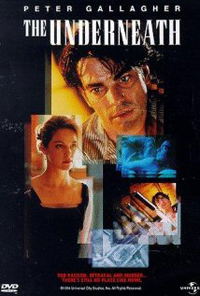 The Underneath wants to rise above “stylish thriller” status. It wants to harken back to the days of film noir and desperately tries to avoid The Pelican Brief Club. Most of the time, it does.

Peter Gallagher stars as Michael Chambers, an amiable gambling degenerate who offsets losses with charm and good looks. He returns home to Anywhere, U.S.A. after having run from creditors and abandoned his wife.

High stakes, high living losers, one and all; the characters make up a weird and dangerous little club that thrives on power, envy, greed, love, and hate.

When you add to this mess an armored car robbery gone awry, and a love triangle, you end up with a battle of evil vs. evil. Your biggest problem with battles that include no good guys? Who do you trust? This is the characters’ main concern, and as viewers, it’s what keeps The Underneath suspenseful.

In his biggest starring role to date, Gallagher has plenty of room to do what he does best – inject his own dark and subtle brand of humor into his character and, somehow, evoke sympathy for the otherwise unlikeable Chambers.

The Underneath marks Gallagher’s second performance under the direction of Steven Soderbergh, who actually experiments a little with technique. If you saw his work in Sex, Lies and Videotape (again with Gallagher), you know what I’m talking about, and you know that Soderbergh usually succeeds in getting fairly interesting results.

Lots of architecturally-oriented stuff here, as well as variations in film processing, not to mention a very effecting hospital scene, make for a fairly stimulating visual experience. It’s artful and just disorienting enough to keep you awake for what tries to be the shocking conclusion where we find out who we really can and cannot trust. You just might be surprised.

P.S. I’ve racked my brain, and I still have no idea why it’s called The Underneath. 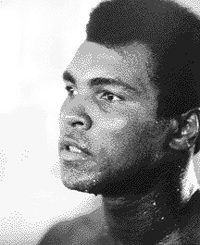 When We Were Kings – Review 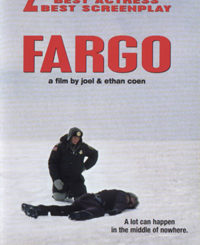