Prick Up Your Ears

Directed by Stephen Frears
With Gary Oldman, Alfred Molina, Wallace Shawn
Based on the book by John Lahr
by Mark Phinney

In the late 1960s, one of the brightest young stars in British theatre, Joe Orton, was viciously bludgeoned to death by his lover, Kenneth Halliwell. Based on the book of the same name, this British film, with a young Gary Oldman (as Orton), takes us to the theatrical scene of the late ’50s and mid ’60s in England’s notorious East End (around the same time The Krays were in business). Through lavatories and stages, we spy on the meteoric rise and untimely death of one of the most gifted scribes to ever hit the playbill. Hailed as a new Wilde, Orton lived life, and Halliwell, his older, more bitter lover, couldn’t stand this. Disillusioned with not making it as a novelist, he lived in Joe’s shadow for years and came to be recognized, not as his lover, but as his assistant. Credit goes to Oldman, as usual, for his jaunt through the adventures of Orton, and for his witty comebacks at those “better” than him. Orton changed the English theatre, turned it on its sexual ear, and they loved it. See the film. Read the book. Orton is worth investigating, as is Oldman. 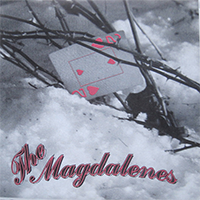 Supergrass – at the Paradise – Review