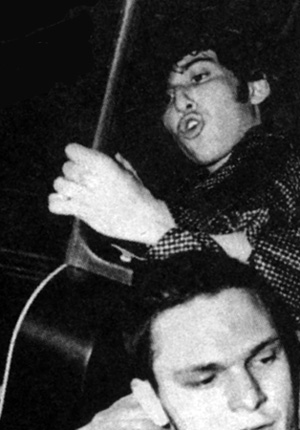 The blue lights hovering over Harvard University’s deserted football stadium were the first things I noticed. I was driving through the darkness on Harvard Ave., heading toward Allston. The lights seemed to follow me, always in my peripheral vision, but when I tried to look at them dead on, they’d disappear. I started getting dizzy trying to keep them in sight, so eventually I just gave it up. I didn’t think much of it at the time, telling myself I just need to get more sleep, eat better, and cut down on drinking and smoking. Anyway, I was worried I’d be late to meet my friends at the Paradise for the sold-out Frank Black show, so I checked the clock, but it was all screwed up. I’d lost three hours, and the digital seconds were ticking off wildly. Still, I really didn’t think about it. I mean, I drive a 1985 Nissan Sentra.

I think it was the fact that I was able to find a parking space right across from the Paradise that made me suspect that I’d been abducted by aliens. My suspicions were confirmed when I went to the window and my tickets were actually there. Just then, I felt that if I really fought it, I’d still have a chance to get back to Earth, but once I had the tickets in hand, I knew there was no going back. I felt oddly calm and unafraid. Whatever was about to happen, I thought, was somehow inevitable.

I drifted down the hallway and into the main room to find my notoriously unreliable and irresponsible friends waiting for me right where they said they’d be. I knew then and there that these were not really my friends but were in fact space aliens. Indeed, as I looked around the room I realized that the “people” all around me were actually alien beings who had simply morphed into human forms for the purpose of this experiment. I was mildly frightened to realize that I was the only human in the room, but considering the circumstances, I felt quite calm. Understandably reluctant to ingest any foreign substances, the draw of the bar was nevertheless undeniable, and before I knew it, I had a bottle in my hand that read “Sam Adams.” I knew better, but I drank it anyway.

So this is what happens when you’re abducted by beings from another planet. First, there is interminable waiting. I think they do this to wear you down or something – to make you compliant and receptive to whatever they’re going to do to you. They make it feel just like Earth, so you’ll forget you’re on another planet and let your guard down. A fresh “beer” kept appearing in my hand; they give you stuff to keep you relaxed. They surround you with “friends,” but I was reluctant to interact much with them because I knew they were really just alien information gatherers. Besides, the room was really loud.

Eventually, the room got dark, and suddenly, flashing colored lights came on and a spotlight swept the stage area. An invisible force field surrounded the room. The atmosphere felt electrified. Something was going to happen. That’s when Jonny Polonsky and his band came on stage, just like they would’ve on Earth. I thought I was going to drown in the noise. Polonsky’s screams punctured my eardrums, making them drip tiny droplets of blood, but amazingly, I felt no pain, merely a tremendous sense of well-being. Polonsky makes power pop the way it ought to be, I thought – loud, hard, slightly intimidating, but at the same time, slightly nuts. Polonsky tore through each tune only to rip into another, traveling at the speed of light. He sent me secret messages. Sure he appeared to be singing about mowing the lawn and mousakka, but he was, of course, actually encrypting alien messages on my brain. When he was sure I’d gotten the message, he was gone.

Then came more waiting. More beer. The next thing I knew, my judgment was impaired and I was sharing my deepest, darkest secrets with my alien “friends.” Time passed, and the buzz in the room built to a crescendo and electricity flowed like water. Just when the intensity felt unbearable, the lights went down and the crowd surged forward toward the stage area, all eyes cast on The Divine One, Frank Black, Black Francis, the pixilated deity, god of all idol-worshipping aliens. Zeus, Pan, Bacchus, he is all of these.

He and his band began speaking their fierce, otherworldly message. The crowd pogoed and surfed and thrashed (just like on Earth) to Black’s amazing blend of melodic hooks, sonic vision, and pure creative weirdness. Incredibly, I began to feel that my pulse matched the furious pop punk pace kept by the drummer, and it felt GOOD! Black spoke in code, making strange, twisted references to other planets like Mars and Los Angeles, and to mine workers on the moon, and I was one of the chosen few who actually understood what his secret language meant. The band gave us mere moments to receive one supersonic message before hurtling on to another, each thrashed out on guitars and bass. I knew the message was important; Black and his band played each song with such fierceness it was as if their lives depended on it. And they played really loud, so we would be sure to pay attention. The next thing I knew, I was struggling to wake up, stray fragments of my alien experience lurking at the edges of my brain. I had heard that when aliens do experiments, they often stick needles in the eyes of their victims; the way my eyes felt, I knew this had been done to me, and I shudder to think of what other vile experimentation was visited upon my tired and aching body. Someday, I hope to be able to make sense of the disconnected fragments of my experience that remain to haunt me. Meanwhile, I have moved with my child, Frank, Jr., to New Hampshire, where there are others like me, and I listen frequently to The Cult of Ray hoping for clues.

Splashdown – at The Middle East – Review 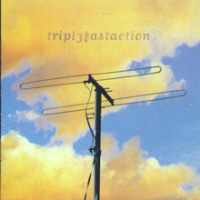