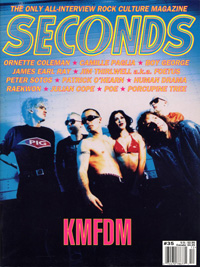 Seconds bills itself as “The Only All-Interview Rock Culture Magazine,” but what pulls these eyes along is the astounding range of subjects they bring together between the covers. Sure, it doesn’t take too much effort to imagine KMFDM and Foetus in the same issue, but how about Boy George (your favorite ex-junkie Krishnite drag queen and mine), Camille Paglia (rock star of the cultural commentator set), James Earl Ray (Martin Luther King’s alleged assassin) and Patrick O’Hearn (ex-Missing Person and Zappa sideman)? Not too varied, you say? Alrighty, what about free-jazz pioneer Ornette Coleman, that wonderful wacko Julian Cope, neo-prog band Porcupine Tree, and neo-de Sade deviance-scribe Peter Sotos? Yow. While the quality of the interviews themselves varies, Seconds is unique among ‘zines for carefully avoiding preaching-to-the-converted narrowcasting and actually giving you thick hunks of info for your intellect to chew on. Damn, man, you might even learn something. Fancy that. 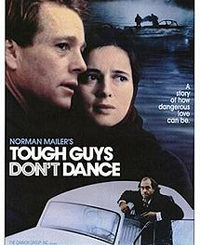 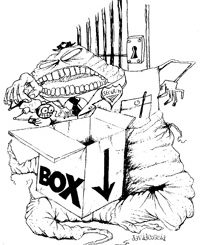 The People vs. Larry Flynt – Review