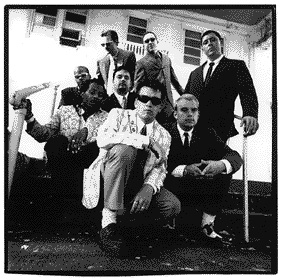 Well, you’ve got to hand it to those plaid guys. They energized the Boston scene with five nights of ska, punk and rock music at five sold out clubs all across the city. For those who haven’t seen a Mighty Mighty BossTones show, it is one of a kind. The intense guitar chords blaze with the sizzling horn section to generate enough heat to keep both Boston and Cambridge warm. Featuring a very respectable platter of eleven bands, MMB gave back to their fans their music, and everyone left with a bag of goodies – Merry Merry Xmas.

With the absence of Nate Albert, The Bosstones had been limited, but with Nate back in the lineup they brushed off a bunch of tunes they hadn’t played in quite some time.

Wednesday @ TT’s: A small club which is (generally speaking, of course) great for a Bosstones show. The Agents went on and were extremely good in my opinion. Orange 9mm hit the stage and tore things up. They had much more energy than the last time I’d seen them, and the place was definitely rocking. When the Bosstones hit the stage things when from hectic to chaotic. The crowd was absolutely insane, packed like sardines, and crowd surfing (always prominent at a MMB show) was the way of the walk for most of the set. A highlight was their rendition of “Chocolate Pudding” with Tim Burton on Vox (the only night they played that one). They roared through new material (“The Impression That I Get,” “Royal Oil,” etc.) and rolled out all the older classics which have made the Bosstones the Bosstones. Overall, an extremely fun night.

Thursday @ The Rat: This kind of show can make the Rat look like a beautiful venue. Either that or two hours of open bar. I missed Toboggan but caught The Scofflaws, who brought Long Island ska with them (but without the antics of Buford on trombone). A great set winning over the tentative hardercore MMB fans. They ended their set with their amusing “William Shatner,” and completed the Trek motif with the band and crowd stumbling left to right mimicking a direct hit to the Enterprise’s bridge. The Bosstones were none too noteworthy.

Friday @ Mama Kin: Worst night out of all five. The Outlets blew. Skinnerbox showed up just before their set time, victims of bad Friday the 13th luck and a seven-hour ride from hell (NYC). Their set was good, but suffered from extremely bad sound mixing. The Bosstones’ set was decent. They opened with “Where’d You Go?” and then mixed it up. The sound was again somewhat less than perfect (at times it downright sucked). This was the only night they played “Sweet Emotion” and “I’ll Drink to That.” At one point, Dickey asked someone in the crowd for a request and soon they launched into “A Little Bit Ugly Now,” which Dickey prefaced with “Now you can say the Bosstones gave you a Christmas present!”.

Saturday @ Middle East: Absolutely insane. Betty Goo were glam rock and an incredible waste of time. The Racketeers were more on the rockabilly tip, but didn’t hold a candle to what was to come. When Murphy’s Law hit the stage, the crowd roared, and they played (smoked and drank) like there was no tomorrow. Jimmy, as always, was a comic on stage as they rip-roared through an incredible one hour set. I almost think they out-performed the Bosstones. Absolutely incredible. This may have been the best night for the Bosstones (maybe ‘cos I wasn’t sober, either). They tore up the stage more than at the Rat or TT’s. They played the generic set again but pulled out “Anything Goes,” as well as “Haji.” Lately, the Bosstones have been playing “Dr. D” in the swing style, as they did tonight, BUT the really cool thing… right after, they played the fast version as well. Really funny, really cool. Then, as expected, Jimmy Gestapo (Murphy’s Law) came out and sang the classic “A Little Bit Ugly” which had the crowd on its feet wanting more. The Bosstones weren’t off stage for more than fifteen seconds before coming back for their encore.

Sunday @ The Paradise: This was the only all ages show, and I was really psyched for it because one of the best ska bands today, The Pietasters, were on the bill, along with Lowell’s The Shods. The Shods were previously unknown to me but were a very pleasant surprise. Next up, The Mighty Mighty Pietasters from just outside DC, who drove ten hours just to do a 50-minute set. Their blend of soul-based ska had the entire crowd grooving. Songs spanned all four of their albums including: “Biblical Sense,” “Little Engine,” drinking anthem “Maggie Mae,” new song “Ocean,” a favorite cover, the Business’ “Drinking & Driving,” and “New Breed,” which featured Dickey adding his trademark vocals. Look for a cross-country tour in March/April with the Plaid Boys and the Pie guys. As for the Bosstones’ set, again, lots of energy, stagediving, moshing, and sweat. The creative Christmas lighting for all five shows was especially captivating on the Paradise’s large stage. I was expecting a second encore on this final night with all the young pups, but the formula was the same as the other nights.

Overall, a very powerful 94 hours. The Bosstones hung out with the fans before and after the show every night, proving they are just like us, except with many more pairs of plaid boxer shorts. Thanks to the Bosstones for putting on five impressive sets and bringing in some very talented bands. Mark your calendar for next year! 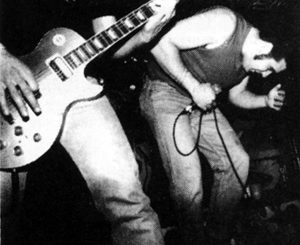 ToeTag – with Mung, Only Living Witness at The Rat – Review