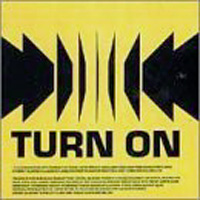 Back in 1981, godfather-of-cyberpunk William Gibson wrote a short story entitled “The Gernsback Continuum.” In it, a tear in the fabric of space and time (or some such clichéd sci-fi motif) reveals the existence of a parallel universe, one where the future as envisioned by science-fiction pioneer Hugo Gernsback had actually come to pass – flying cars, moving sidewalks and all. In music, we have something of a parallel to that in the work of Stereolab and those affiliated with it – the music of the future as imagined by the primitive synth technicians, avant-garde theorists, and easy-listening pop craftsmen of the sixties, fired up by a rudimentary understanding of Marxism and the belief that guitar-based music as they knew it was oppressively bourgeois and would soon be rendered totally and utterly obsolete. The main difference is, they would have had it right. The guitar has just about outlived its usefulness as an instrument of innovation and bone-simple rock songs hold no more surprises. In the Gane/Sadler/O’Hagan Continuum, better mousetraps are being built with frightening prolifigacy out of old, obscure materials left behind in the junkshops of sonic cultures whose advances are not nearly as prescient as they like to think they are. In these hands, the past is the future and the future is now.

Stereolab has become universally admired for their astounding expertise in creating the most forward-looking pop universe known to mankind, endlessly reconfiguring the droning grooves of Krautrock, the conceptual jibjabs of prog intellectuals, and the smooth surfaces of Eurovision songsmiths into fresh-sounding confections that oscillate mildly, divert and engross almost faster than fans can keep up with it, and their latest,Dots and Loops (Elektra), ties them all together with a few fresh twists. With the assistance of John McEntire (of Chicago-based ambient geniuses Tortoise) and members of the like-minded German group Mouse on Mars, the ‘lab takes a couple of steps to the left from the tightly-focused songs of last year’s brilliant Emperor Tomato Ketchup. Structure is thrown to the four winds: instead, these ten (or so – I’ll explain later) songs are constructed from small swatches of studio sound (dots) sampled and sent into perpetual motion (loops), over which you will hear the usual cranky organ tones, brass fragments, phase-shifting electronic sound effects which buzz from ear to ear, and the airy harmonies of Laetitia Sadler and Mary Hansen singing lyrics which may be political, may be metaphysical, but really serve a higher musical purpose. The key to their success is that it’s all given lightly – much can be made of their ever-shifting textures (which peak on the 17-minute “Refractions in the Plastic Pulse,” which is actually more like four or five separate songs bled together), their leftist leanings, and their flirtations with the trappings of the pop moment (particularly the intermittent jungloid beats), but it’s all smooth as sherbet, cool as… well, sherbet also, and sweet-tasting as… you figure it out.

And while on the subject of interconnectedness (I’m sure I mentioned it up there somewhere), two related, lower-profile projects have hit the shelves that fans shouldn’t pass up if they see them. Turn On is a light-hearted side project from ‘lab supervisor Tim Gane and auxiliary ‘lab assistant Sean O’Hagan (formerly of Microdisney). Their eponymous release (Drag City) contains eleven, mostly short instrumentals which simultaneously bring Stereolab’s spacy attenuations back down to Earth (with decidedly non-astral touches such as banjo) and further into the ether (as titles like “Electrocation of Fire Ants” and “Jumbleo Palimpsest” indicate). Much of it sounds like fun studio noodling with a drastically loosened backbone – a little heavy on the sound effects at times with little of the layered subtlety of the parent band – yet at other times, Gane and O’Hagan’s pop sensibilities come to the fore and they knock together a piece of phenomenally catchy kitsch that will incessantly orbit around your head for days. Chiefest offender in this regard is “Nu Tenone,” which features an electric piano straight outta Billy Preston playing Playskool pop, a naggingly reiterated five-note melody, and special guest Sadler “ba-ba-ba”ing sweetly along. Slight but insidious and definitely pleasurable.

From there, O’Hagan hops the quirk express and heads down an adjoining vein right into a lushly-vegetated cul-de-sac all his own as the highest of The High Llamas. Like a lot of popticians in this day and age, O’Hagan suffers from a serious Brian (Wilson) jones and has made it his cause to take up the work he left unfinished when he crawled into the sandbox, got lost, and never made it all the way back. While Stereolab continually seeks to expand its horizons into the infinite, the Llamas are hunkered down in the biosphere, lost in their own self-contained little world with its artificial sunset on perpetual twilight. And for the final oddball touch, he calls this enclosure Hawaii (V2). It’s a closed-off area, but it’s a goddamn sprawler – 77 minutes of tastelessly tasteful arrangements for synth, strings, woodwinds, banjo (again), bongos, and gently-weeping George Harrisonian guitar. O’Hagan is bridling to become one of those kooks who only pop music can sustain, bending and reshaping the entire history of music to his own whims and wherefores, a tunnel-visionary vista of sound suffused with the melancholy only available to the lonesome studio mole. If that’s not enough, there’s a bonus CD with an additional forty minutes of spaced-out bachelor padding (including a lovely take on Nick Drake’s “At the Chime of the City Clock”), bringing this to almost two hours of easy-listening ambrosia, light in texture, easy to swallow, and oddly intoxicating. Seconds, please. 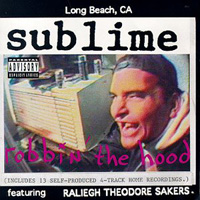 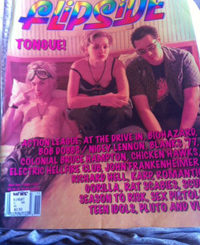 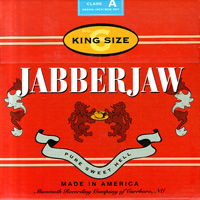