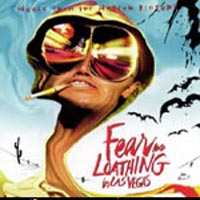 Fear and Loathing in Las Vegas

While anyone worth a shit in whatever Pepsi has left of this alterna-generation knows Hunter S. Thompson’s Fear and Loathing in Las Vegas better than they know the fuckin’ Bible (the first half of Tom Wolfe’s Electric Kool-Aid Acid Test, Jack Kerouac’s On The Road, and one-hit-wonder Robert Pirsig’s Zen and the Art of Motorcycle Maintenance are in the running, but lagging behind the jacked-up Thompson in my not-especially humble opinion) and regardless of whether you thought the movie sucked shit or not, you gotta admit it’s about time the book was brought to the silver screen. The gonzo lifestyle has long been the fascination of rock’n’rollers, drug-crazed writers, and every shape and form of creative artist (producing or not) for decades. And no one was more celebrated for his debauchery (oh yeah, and his craft) than H.S. Thompson. And now a whole new generation (fuck you, Pepsi) can zonk out to the gonzo gospel as presented by former Monty Python member Terry Gilliam (director of such greats as The Fisher King, 12 Monkeys, and Brazil) and starring Johnny Depp (like I need to rattle off the many “date” movies this almost inhumanly pretty mofo has been in) as Raoul Duke (can you say pseudonym?) and Benicio del Toro (he was in Excess Baggage with Alicia Silverstone, but let’s not hold that against him, he was also in Fearless, The Funeral, and Basquiat which, if you haven’t seen it, you should, K?) as, ahem, Dr. Gonzo (I have as much trouble saying that as I did referring to an “acquaintance” of mine who insisted we call him “Captain Anarchy,” completely missing the irony – hey, we were young!).

The soundtrack to Fear and Loathing in Las Vegas, if viewed improperly, is like listening to a really kick-ass rock block on some classic rock station we haven’t yet burned to the fuckin’ ground. Or like one of those informercials for classic hits of the ’60s and ’70s (sue me, I get my decades mixed up). But unlike any of the Freedom Rock crap, this soundtrack has a feeling of unity, of togetherness that, perhaps, actually existed at that magical time, but is now merely the rewriting of history by the now-nostalgic yuppie scum who realize that the cultural revolution they were an insignificant part of was, by far, the most significant thing they’re ever going to experience, and are now rapidly morphing into their parents despite the “lessons learned.” Fear and Loathing in Las Vegas has many of the brain-frying rock tunes we all grew up on (usually without realizing they were about drugs), a few surreal loungester tunes (man, it’s no wonder they thought rock was the devil’s music! Can you imagine growing up on this whitebread schmaltz? Your brain turns to syrupy-sweet mush, and you smile blissfully into space, dreaming your little dreams…), all linked together by sound clips from the movie. Unlike some (Adams, are you reading this?), many of us LIKE soundbites, especially when they’re quotes from such a necessary, brilliant book as this. (Honestly, I’d forgotten how truly annoying H.S.T.’s speaking pattern was until Depp captured it so, so well. Then again, it’s not as if Burroughs, Bukowski, or any of the rest of ’em have/had the silky smooth baritones we’ve come to expect from our empty-headed, corporate loudmouthpieces who oughtta stick to spinning records (pushing “play” on a CD player), announcing upcoming shows and the weather, and leave the social commentary to Joe Bob Briggs.)

While it’s impossible to recreate this soundtrack by merely listing the songs, what can I do? “Combination of the Two” by Big Brother & the Holding Company, “One Toke Over the Line” by Brewer and Shipley, “She’s A Lady” by Tom Jones, “For Your Love” by The Yardbirds, “White Rabbit” by Jefferson Airplane, “A Drug Score” parts one, two, and three (from the film score) by Tomoyasu Hotei and Ray Cooper, “Get Together” by The Youngbloods, “Mama Told Me Not To Come” by Three Dog Night, “Stuck Inside of Mobile with the Memphis Blues Again” by Bob Dylan, “Time is Tight” by Booker T. & the MGs, “Magic Moments” by Perry Como, “Tammy” by Debbie Reynolds, “Expecting to Fly” by Buffalo Springfield, and “Viva Las Vegas” by The Dead Kennedys. 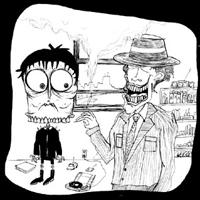 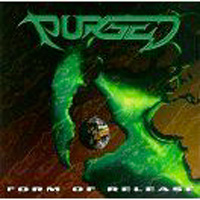 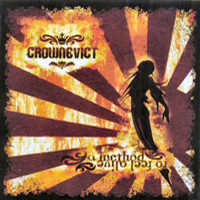