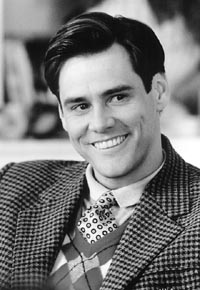 Scott, I just saw the new Jim Carrey movie and you just gotta lemme review it for Lollipop. I’ll get it in on time, I swear. It’s like his whole career is this incredible progression, and every movie fits in this one huge thing.

Like in the first Ace Ventura, he’s what, a detective, right? Okay, so what does a detective do? He finds shit out right? He usually kills somebody in the end. But mostly, he snoops, he sneaks around, he digs.

But the snooper doesn’t want to become the snoopee, especially now that he’s famous. So then what? He does The Mask. He’s got ten million bucks in his pocket, but he’s on the defensive. He needs a Mask, right? He’s a big celebrity now, he wants the limelight but he’s hiding, too. He’s like the Lone Ranger, he needs a mask. 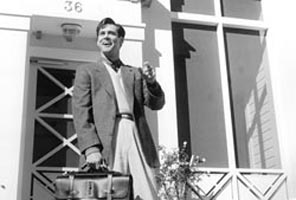 But after The Mask, he realizes it isn’t enough. The media microscope is a microphone, too. They not only see you, they hear you, too. So now he does Liar, Liar. You can’t hide even with a well-timed lie. If you’re famous, they’ll come for you. They’ll turn every insincere word you ever uttered against you. They’ll build you up just so they can rip you down.

The pressure’s really building now. His fifteen minutes are stretching into hours. He loves it, but he hates it too. Now he’s The Cable Guy. He doesn’t need a mask ’cause he’s the hunter, not the hunted, again. He’s not famous at all, he’s obscure. He’s not even a detective. He’s just a cable guy. No badge, just a tool kit. A huge, hulking, dangerous dork. He’s still back to snooping again like in Ace Ventura, but he’s changed his M.O. Again.

But the pressure builds anyway, it’s a hit, even if most people feel like taking a shower at the end of it. He’s Jim Carrey. He could snap OJ’s neck in a nanosecond. He’s so huge no one can remember a single co-star. He’s King fucking Kong. He splits with his wife, then they’re back together. “We have a wonderful relationship,” he tells Oprah. Yeah, sure. Lauren Holly is married to this twisted, tormented, bionic claymation motherfucker and everything’s just peaches and cream. Right. I’m telling you, man, this guy’s gonna blow. I know it. He knows it. The producers at Hard Copy know it. It’s not a matter of if, but when. 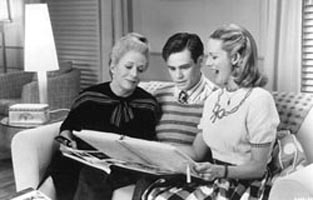 So he wants to buy some time. So what does he do? The Truman Show. Okay, he’s gone from Liar Liar to True-Man. Get It? He’s come full-circle. He’s changed his M.O. again. But not really. It’s like in Psycho. He’s his mother. But this is real.

So in The Truman Show, there’s no Mask. There’s no hiding. His whole life, every second of it, is a TV show. A hit TV show. People sit around in bars arguing over what he’s going to do next. He’s caught with his pants down. He’s caught with his pants up. He’s caught with his pants on backwards. They’ve got a convoy full of camcorders driving right up this guy’s ass. And he’s the only one who’s not wise to it. Even the people who pay to see the movie are wise to it. I hope I’m not spoiling it for you, but everyone in his life is an actor. There are thousands of extras. People whose parents spent eighty thousand dollars putting them through college have to call them up and tell them they have a job as a movie extra playing the part of a TV extra. But anyway, Carrey, Truman that is, he’s pretty content when he doesn’t know his whole life’s a TV show. They keep telling him he’s living in the best of all possible worlds, and he believes it. 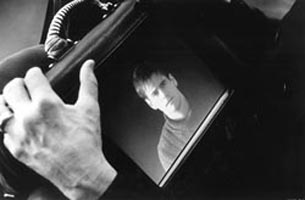 But he gets a hint from this girl. His nameless, faceless, love interest. She’s sort of cute like the girl in WKRP, not Loni Anderson, the other one. The kind of cute that’s okay that it’s only cute cuz you just know that bringing up the rear is one incredible ass even before you see it. So I hope I’m not spoiling it, but they try to keep him on the show. But he wants off once he finds out the deal, that his wife’s an actor, his Dad’s an actor, everyone’s an actor but him. He sails off the island that is both his home and the set for the show, and the director throws all kinds of storms and stuff at him, but he perseveres. Finally, I hope I’m not spoiling it for you, but he bumps into the horizon. Bumps into it! It’s a fucking mural. There’s a door there too, and the director tries to keep him from going through it, off the show and into “reality,” with this voice from on high like he was God. But Truman does leave and the movie ends.

So we’re walking out of the theater, and Leon, ya know Leon, he says to me, “Sometimes I wish there was a door like that for me.” But there is no door. Not for you, not for me, not for Leon, and especially not for Jim Carrey. No door and no juicy piece of ass on the other side that loves you just for you. 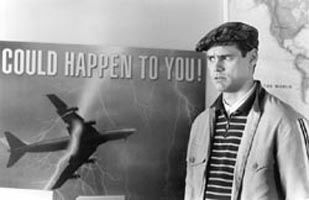 There’s just the Cable Guys, in my case, RCN Communications. Their salesmen stop me on the street, they call my house, they knock on my door, they send me junk mail, they advertise on my subway, on my highway, in my newspaper, on the radio, and network TV. But no matter how hard they hit me, I’M NOT GETTING FUCKING CABLE!

Okay, the deadline’s Friday. I can’t get it to you by then, but I’ll have it shaped into something by Tuesday. Alright Monday, you’ll have it Monday. Listen, I gotta go, I think my phone is tapped. Gimme a call when you get a chance. 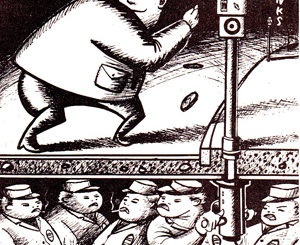 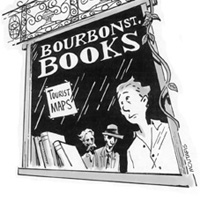