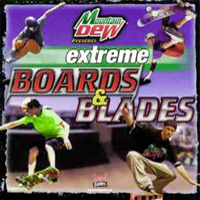 (Head Games CD-Rom for the PC)
by Brian Johnson

Extreme Boards and Blades sports everything you need to become one hell of a thrasher, with the exception of the talent, equipment, and clothing. However, as we all know, in the world of video games, you don’t need to be Reggie Jackson to hit the long ball. Boards and Blades has 15 arenas in which to test your skills, 20 skaters to choose from as your alter ego, and an original ska soundtrack by the band Bleed. Don’t worry, I’ve never heard of them either. Then again, where was Goblin before they scored George Romero’s Dawn Of The Dead? Before you drop the magazine on the bathroom floor to rush out and pick up your own copy, save your money, the game’s not worth it. This is yet another sub par virtual version of a sport that doesn’t work as a video game. The controls are difficult to use, the graphics are sluggish and shaky – often you feel like you’re two moves behind your commands. Once again, a fine example of programmers shooting their creative wad in the opening demo, neglecting the basic fact that we buy games to play them. While the game boasts several different skate parks, there aren’t enough differences to distinguish them. Some more work on the basic operating systems would have made for a more enjoyable experience. For a better game at a tenth the price, check the bargain bin for its great grand daddy Skate Or Die, on the original Nintendo (C’mon, you know you love retro. Be the first on your block to bring back the little gray box). Corporate giant Mountain Dew has thrown its name onto this program, no doubt to bolster their reputation as the sponsor for extreme sports throughout the world. If the sponsors would take a note, please, enclose a free case of soda with this one, I could use the rush I was promised from your game. 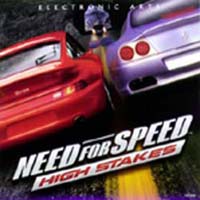 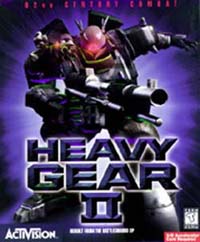