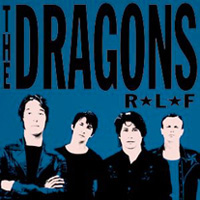 Don’t dismiss this new effort by these seminal L.A. cholo punks as yet another ancient band running through the numbers of their past glory in a blatant attempt to cash in (to what anyway?). The Zeros were mere high school kids when they crashed the early Hollywood underground scene, playing alongside bands everyone mentions from that time period (the late ’70s) like the Germs, X, the Dils, and Weirdos. They recorded their snotty, authentic teenage Ramones-like songs for Greg Shaw’s Bomp! label, they reaped – you know the story – cult success and all its dubious trappings. The years passed, they broke up, guitarist Robert Lopez became El Vez, they got back together, put a new record out a while ago, and now they’ve dropped a bomb on Bomp! (again, oddly enough) with this new one, Right Now!

As it applies to these guys, maturity’s actually a good thing. There’s a sophistication in the Zeros’ odes to (as well as definite nostalgia for) teen pasttimes like sneaking out, getting wasted, and looking for luv. Frontman Javier Escovedo’s writing has developed past the crude riffage of the band’s formative years. Now he’s embraced a craftier, fuckin’ literate, even, pop-punk with hooks’n’harmonies. Like the old pros they are, the band effortlessly pulls ’em all off, complete with bass, drums, and guitar noise breakdown moments with spoken word soliloquies. “Hurry, Hurry, Hurry,” “Tonite,” as well as the title track, are all seamless examples of Escovedo’s talent at crafting soulful, yet tougher than fine Corinthian leather rock songs that could move the hearts, minds, and asses of people who don’t even know the Zeros ever existed (ask any random stranger, yeah, right this minute, are you on the bus or something?, ask the guy next to you). “Handgrenade Heart” has a great echoy guitar part and it comes off as the most memorable song on the disc, despite, or maybe because of, the clunky structure of the lyrics. Bassist Hector Penalosa’s “They Say (That Everything’s Alright)” and “You, Me Us” are also winners: mid-tempo and bass heavy with buzzsaw guitar and gloriously sappy lyrics. The band also covers the New York Dolls’ “Chatterbox,” the Sonics’ “Strychnine,” and the Seed’s “Pushin’ Too Hard,” the latter as a manic barrio rocker that recalls the Plugz or maybe Rudy Martinez (aka ? of ? and the Mysterians) during a typically frenzied live performance.

Javier Escovedo’s younger brother Mario’s band, the Dragons, is proof that Javier doesn’t hold the monopoly on talent in his family. Rock Like Fuck, their new LP, is chock fulla gritty, amped, punk rock’n’roll with nods a plenty to Johnny Thunders, the Ramones, and even to Let It Be-era Replacements. They forgo the more! more! more! excess and sheer misanthropy that characterizes most bands in the Junk stable in favor of self-confessional lyrics like “Sorry for getting drunk and passing out like Charles Bukowski” (off of “Sleep When I’m Dead”), Keith Richards harmonies, and (like the Zeros) hooks aplenty (though they do love those sleazy guitar solos).

As it goes with the Zeros and Right Now!, the ten tracks on R*L*F are reminders that songwriting isn’t an art to be taken too painfully seriously (or conversely, too lightly). Rockin’ like fuck doesn’t always haveta be a sloppy ledge dance into a gutter of an affair. Hell, the Dragons aren’t even above pulling off a friggin’ ballad! The brothers Escovedo’s collaboration on R*L*F‘s finale, “Gimme Some Luv,” expands the confines of punk into ’70s arena rock, there’s huge drum sound, a Marshall stack’s worth of virtuoso Chuck Berry guitars, and a corny chorus – “You want lovin’, I got it” and ya know what? It sounds fuckin’ great.
(PO Box 7112 Burbank, CA 91510; 7071 Warner Ave F-736 Huntington Beach, CA 92647) 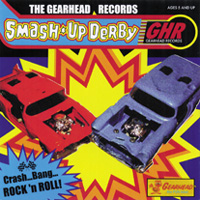 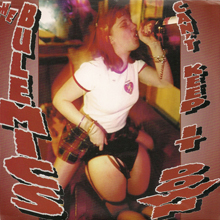 The Bulemics – Can’t Keep It Down – Review 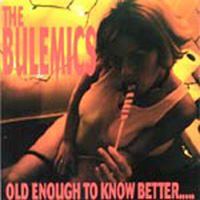