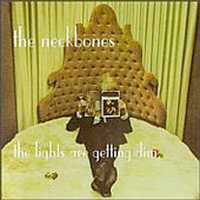 The Lights are Getting Dim (Fat Possum)
by Jon Sarre

I loved these garage-punk knuckleheads even before I saw ’em live on All Hallow’s Eve a couple years back with the Humpers and Poison Idea and guitarist Taylor Keith gave me a copy of their self-released first record (which I played so loud the next morning that one of my former housemates who never slept started banging on the door, begging me to “turn that shit down”). The Neckbones‘ second disc, Souls on Fire, is near classic unselfconscious, unrepentant rock’n’roll music about drinkin’, screwin’, gamblin’ (lotsa gamblin’), and shooting out the window’s of yer ex’s car “just for fun,” a major achievement from four out-of-place punks in Oxford, MS.

A couple years down the road and some attention being paid to the Fat Possum label, nothin’ much has changed for the Neckbones. They’re still the same dead-end kids recording alongside 80-something blues unknowns. “I don’t care! All I wanna do is get my kicks!” Keith demands with a smirk despite all that, and next thing ya know, drummer Forrest Hewes sneaks up on you with his “Little Red Wagon” – fucking haunting it is, flavored with mandolin, peddle steel and fiddle like they think they’re REM, or something equally ludicrous.

Elsewhere, they relocate T Model Ford from the gin joint to the keg party he probably never goes to on said badass’ “Nobody Gets Me Down.” Jack Oblivian even drops by to supply keys (and maybe the beer, too) on a couple tracks, but my girlfriend still sneers at these snots and dismisses ’em as outtabreath gutter dwellers. The Neckbones are probably usedta this; as they wave “Goodbye Ramona,” she probably even shrugs and swears she never even met ’em. If I may pose an existential question, how come girls don’t get off on loco rock about sinning for a living? At least all the ones I know…
(PO Box 1923 Oxford, MS 38655) 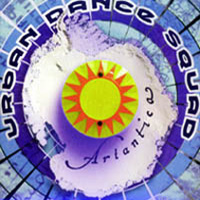 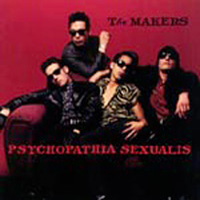 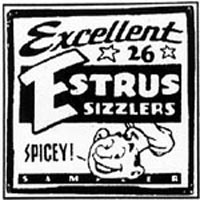