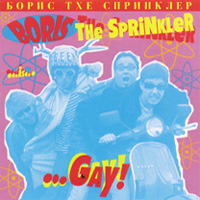 If you like inane humor (Monty Python, Tom Green, whatever over-the-top zaniness tickles you in those hard-to-reach places), cheese, Ramones-style punk, and run-on sentences, seek out a looney band called Boris the Sprinkler. Die-hard zinesters know and loathe singer/lyricist Rev. Nørb from his columns for MRR and Hit List, and seeing as he’s one of the only zine writers worth reading in the last many years, it’s almost worth putting up with the rest of the mag to read his rants.

…Gay follows Go-Kart’s release of Suck (one of those “say the name of the band and then the name of the record and it makes a sentence, dimwit”), perhaps a lot of people’s introduction to an actual Boris the Sprinkler record, seeing as the others are available only to people who know where to look, hang out with people who know where to look, or have key’s to Nørb’s house. And while I think Suck may be more consistent, …Gay sneaks up on you and makes milk come out your nose when you least expect it. Opening with the traditional monologue madness and asking the ever-pertinent question “Motherfucker Are You Ready to Rock?,” …Gay starts strong and ends by repeating all the songs without that annoying two-second gap between near-identical tunes. Other gems (or peanuts in the turd, depending on how you look at things) include but are not limited to “Y-v-v-vette” (not as good as “P-p-p-p-p-p-p-p-p-p-p-p-Purple Vulcan Hotrod,” but what is?), “I Don’t Really Want to Walk to Taco Bell Without You,” the surprisingly good Buzzcock-esque “Train Song Train Song Yeah Yeah Yeah,” and the always fun-fun superfly rant-rant Cramps-style song-song “I’m All Nerves” (kids, reference “Let’s Go Mano” by The Donnas).

So unless you have a fencepost up your ass, check out Boris the Sprinkler. He’s funnier than you are.
(PO Box 20 Prince St. Sta. New York, NY 10012) 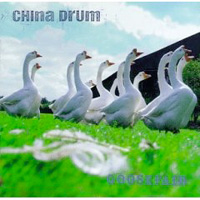 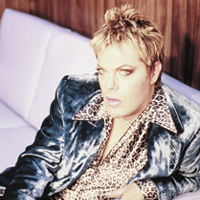 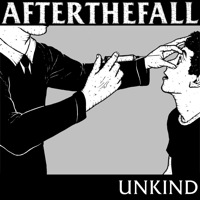 After The Fall – Unkind – Review