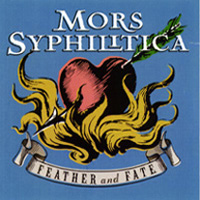 It’s been three long years since Mors Syphilitica released an album. Was it worth the wait? Definitely. Feather and Fate brings a wealth of diversity and complexity not found in previous releases by Lisa and Eric Hammer, either as Requiem in White, Order of the N.C.S., or Mors Syphilitica. As one might expect, the two most important features are Lisa’s vocals and Eric’s guitar. Many of the songs are driven by Eric’s signature guitar style, but there’s a softer, more mature tone on this release. The more Medieval-feeling songs make me think of Faith & the Muse’s Elyria, while the Middle Eastern sounds conjure thoughts of The Changelings’ Terra Firma. Mandolin and ethereal sounds help to round out the album, and the range of sounds layered in each song create a dark, perilous mood. 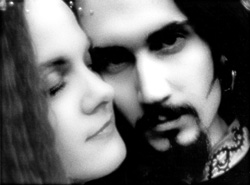 To balance this darkness, Lisa’s vocals show a wider range than previously demonstrated. Softer vocals are in line with classic Projekt releases, and at times reminiscent of Elizabeth Fraser of Cocteau Twins. For an album with so much diversity, one might fear a lack of continuity, but this is not the case… Lisa and Eric have taken a lot of elements and ideas from their contemporaries and entwined them with the sounds that are unique to Mors Syphilitica. This album restores my faith that there are still artists devoted to making quality Gothic music.
(www.projekt.com) 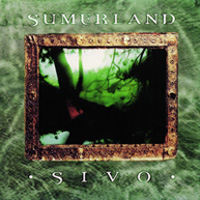 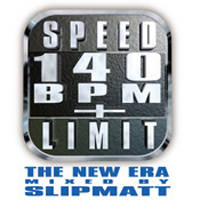 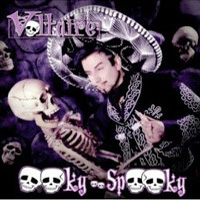