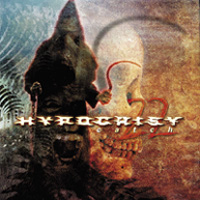 Peter Tägtgren’s been through the ringer lately and he’s angrier for it, that’s for sure. So Hypocrisy grinds on (work = life), and fortunately, flip comments about the upcoming album have not borne fruit, except maybe the mumblings about a slight elevation in hi-tech-ness. But really, Catch 22 is a pretty conventional Hypocrisy album featuring huge, stressful guitar sounds, trebly snare and cymbals (and bass drum, for that matter), and vocals that are usually pickled in a sea of electric currents. The band’s melodies are a blast, sort of In Flames in flames, and these can be heard in the increased number of gut-churning mid-paced tracks, “Hatred” and “Destroyed” being particularly punk-drunk and turgidly Entombed, “Seeds of the Chosen One” swaggering like Kiss’ “War Machine,” until chorus time when it sounds like Lillian Axe. Just kidding, but there’s a grain of truth in there.

Peter sings (and please, let’s hear more of this), and the boys are not afraid to get really melodic, even if it chafes with the surrounding steel-on-steel mayhem. The tunefulness can be pulled out (if you yank hard), because the writing is level-headed, Hypocrisy creating the Black Album of their lonely death doom genre. So yeah, don’t be scared away (or thrilled, if that’s your style) with lead blaster “Don’t Judge Me” – the rest of the album is more of the band’s slowing, ever-flowing sorrow-growing style, a thick smothering thing that Hypocrisy does better than anybody. One point deducted for Peter’s extreme and fairly plentiful death vocal which just grates on my nerves. And not that there has to be or should be comparisons, but what a contrast with either the Pete or non-Pete Lock Up albums, both sounding like five-year-old rusted bolt rock compared to this band’s confrontational yet emotional, professional, and valid songwriting.
(2323 W. El Segundo Blvd. Hawthorne, CA 90250) 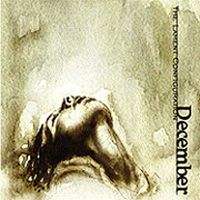 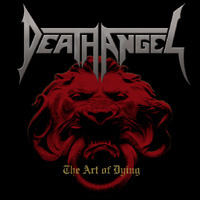