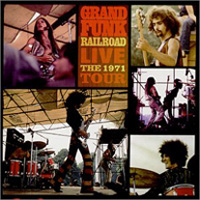 Considering their reputation with the modern listening public is based solely upon a couple of songs that get regular airplay on classic rock radio, it’s hard to believe that Grand Funk Railroad was once the most popular band in the world. This is a band, let’s not forget, that sold 10 million albums in 1970 and sold out Shea Stadium faster than The Beatles. These factors considered, one would think Grand Funk would be accorded a level of reverence comparable to contemporary giants such as Led Zeppelin, but for whatever reason, this is most assuredly not the case. Until the fine folks at Capitol started this three-phase, year-long reissue campaign, these albums weren’t even available on CD except as expensive imports. Hell, most people know more songs by Cream (a far less prolific and, indeed, inferior band) than by these guys. Which is a shame, because, despite getting the relentless critical shaft in their day, Grand Funk’s catalog, the early albums especially, have had an enormous impact on the heavy music thriving in today’s underground and going by the name of “stoner rock.” But all is now forgiven, as Capitol have seen fit to give these albums the treatment they deserve, complete with terrific remastered sound, beautiful packaging, and bonus tracks.

Listening to these albums today, it’s hard to believe they sold at all, let alone in the massive quantities that they did. I like retarded, thud-heavy power trio stomp served up bone-stupid just as much as the next fella (indeed, probably more so), but it’s not the sort of thing one associates with big sales. Maybe that’s a lifetime’s worth of exposure to the nonentity that commercial radio has become talking, but this sort of raw, bludgeoning cacophony is not the first thing that springs to mind when I think of a Top 40 rock band.

For those who know these guys from “I’m Your Captain” or “We’re an American Band,” my descriptions of the band’s sound probably aren’t making much sense. “I’m Your Captain” is reasonably pretty and “We’re an American Band” is a jumping, infectious, and catchy rock song, but neither is particularly heavy or raw, right? True, but things weren’t always this way. Though the band would eventually trim their hair, clean their teeth, and wash behind their ears, the first two studio albums and the live album that followed them are a wonder to behold, documents of a young, hungry garage band set to take over the world; complexity, subtlety and craft be damned. This is the true sound of raw power, an unholy roar created by three crazed young men armed with raging libidos and a wah pedal.

The debut, On Time, is a piston-pounding torrent of rhythmic overdrive, an hour’s worth of thumping beats banged out on raw, played-out drum heads. Album opener “Are You Ready” was a perennial show opener (it’s the opener on both live CDs included in this set of reissues), and about five seconds in, it’s easy to see why. It’s a fist-pumping sing-along, an anthem in the truest sense of the word. And the headache-inducing pounding just doesn’t let up ’til the needle hits the run-off groove. Highlights are “High on a Horse” (curiously titled, considering lead singer Mark Farner’s later religious conversion) and “T.N.U.C.” (a title whose subtlety would not be rivaled until the appearance, twenty-something years hence, of Van Halen’s For Unlawful Carnal Knowledge). Raw and under-produced in the best possible way, On Time is the dark horse of this set, a classic worthy to sit alongside the more highly-regarded follow-up, and perhaps the most underrated item in the band’s catalog.

The self-titled follow-up, referred to by fans as “The Red Album” because, uh, the cover is red, is generally regarded as the band’s high point. Though it contains no hit singles, The Red Album is where the band’s sound really gelled, but it’s still the sound of a young band bashing it out with an abandon and enthusiasm that only a young band can muster. The first thing you’ll notice about the album is the sound; a monstrous, drywall-crumbling racket with a ridiculously fat low-end sound that rumbles for the duration. Mark Farner’s criminally-underrated guitarwork shines as always, and Don Brewer pounds the skins like a crazed troglodyte, but Mel Schacher’s bass sits gloriously atop it all, vibrating heavy objects that might be near the speakers into strange formations.

But the production is not the only reason this is regarded as the band’s finest hour. This is probably as good a collection of songs as the band ever put together, and the reworking of The Animals’ “Inside Looking Out” shows the band at their best. The Red Album is the aural equivalent of a gut fulla cheap red wine and Quaaludes, the ultimate hour-long soundtrack to your next drug-fuelled piss-up.

The requisite double live album (imaginatively titled Live Album) is one of the finest specimens of that generational oddity, nine blunted blows to the head that actually up the intensity of the already crazed studio performances, driving everything faster and faster until you feel as blurred as the beautiful album cover (which must’ve hung on the bedroom walls of quite a few future Seattle musicians; note its similarity to Mudhoney’s Superfuzz Bigmuff). I like MC5 and all, but this is what I’d hoped Kick Out the Jams was gonna sound like. Better riffs, an exponentially better rhythm section, a total lack of revolutionary foo-fah, and much more fucking happening here. Oh, and I’ll bet none of these guys own any Sun Ra or Pharaoh Sanders records. Perhaps the best live album of all time.

Live: The 1971 Tour, a new collection of previously unreleased performances, contains different (and, in most cases, inferior) performances of five songs that also appear on Live Album. You do get some nice performances of later-period material, such as hot versions of “Footstompin’ Music” and “Gimme Shelter” and a surprisingly effective version of “I’m Your Captain/Closer to Home.” On the whole, though, most of these songs are available in sharper versions on Live Album.

Unfortunately, Closer to Home was both the band’s commercial breakthrough and the beginning of the end. Burnout is inevitable when you release three full-length albums plus a live album in two years, and though the album is certainly not without its moments (opener “Sin’s a Good Man’s Brother” – later covered by Monster Magnet – is Red Album-worthy), but the band is obviously treading water for the first time, struggling, perhaps, to stay above water while adhering to a crazed recording schedule and an even crazier tour schedule.

Though unquestionably a diluting of the thunder and fury which preceded it, Closer to Home is probably the most famous album in the band’s catalog, most if not all of which is due to the title track, which has haunted classic rock radio ever since I was old enough to switch the station away from whatever the fuck my mom was listening to at the time. Maybe they were trying to write one that they could send out “to the ladies,” or maybe it was their attempt at writing an epic along the lines of “You Can’t Always Get What You Want;” I’m not sure. In either case, it’s a pretty good song, but I’ve heard it enough times that I probably won’t be playing it too often. Closer to Home is definitely worth having, but I’d buy the others first. 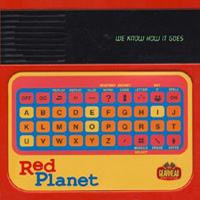 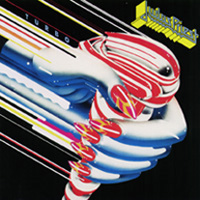 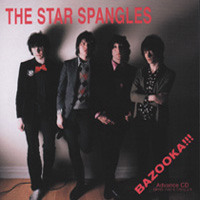