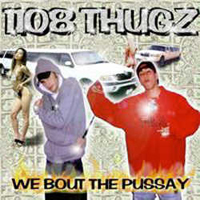 Every day, artists from around the world put their music on mp3.com in hopes it will lead to their big break. Of course, it rarely does, and many of these artists go not only without a record contract, but also without recognition. Until now. Every month, I will scour mp3.com for the most unique and entertaining acts on the Web. The good, the bad, and the really, really, really bad will be taken in and reviewed. So, without further ado…

1108 Thugz
Genre: “Pussy Rap”
What they sound like: Two bored white kids with very dirty minds who like to rap about their fictional sexual exploits.
Sample lyrics: “I went to KFC to get some fried chicken / The bitch behind the counter looked finger-lickin’ / Good, I was hungry so I ordered a bucket / She was hungry for my dick so I said, ‘Bitch, suck it.'” (From “Fast Food Fuckin'”)
Why they’re worth your time: Not for those who are faint of heart, the Thugz rap with incredible detail about sex in any form they can think of. Song titles like “Bitch, I Broke Your Hymen,” “Bitch, You Best Toss My Salad,” and “Get On Your Kneez Bitch” give you some idea of what they’re about (and I don’t need to mention what that is). Both of the two rappers, named Busta Pelvis and Puss E. Beatz, have fairly adequate mic skills, but the going gets really funny when they bring on one of their truly talentless guest stars (check out any song that features Blaq Diq).
Bottom line: Download with extreme prejudice. 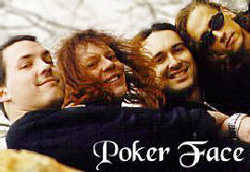 Pokerface
Genre: “Alternative” Rock
What they sound like: Think Creed meets Stryper… and try not to hurt yourself. Oh, and then add in nutty right-wing political messages.
Sample lyrics: “I, I don’t know why… Our Government lies to us, Keeps us blind, with half-truths,Why? / Freedom rings out in vain, My dreams are set aside, My Rights are, Nullified, Why / Peacemaker die O’ Peacemaker, They’ll find you in the street with a shot in the head, left to die / Teachers, teach out in vain, Americas Youth, have been Lost on the streets of COCAINE, I feel their pain.” (From “Fight for Your Rights”)
Why They’re Worth Your Time: Musically, they really aren’t. However, their website (pokerface.com) is an amazing concoction of conspiracy theories with links to the Second Amendment Sisters, Pat Buchanan, and Survivalist militias. There are also rants against “Prostiticians” and the “Lamestream Media” that are too good to be ignored. And, of course, there’s a tribute song for September 11th.
Bottom Line: Would be entertaining did they not sound like a paranoid Nickelback… and that OUGHT to be entertaining, but these guys just kinda suck.

Soldiers of Allah
Genre: Islam-Hop
What They Sound Like: I think they want to be Public Enemy, at least in the sense of writing subversive anti-“The Man” rhymes. Sonically, they’re far inferior, relying on cheap keyboard loops and beats that would make Vanilla Ice blush.
Sample Lyrics: “They—-can’t—-stop—-Islam / They try to break us up / But they can’t break this bond / They—-can’t—-stop—-Islam / They try to take us down / But our Deen is too strong / They—-can’t—-stop—-Islam / Victory is promised / From Allah (etc, etc, etc, x 50).” (From “They Can’t Stop Islam”)
Why They’re Worth Your Time: Anyone interested in listening to nine consecutive tracks about “bringing Islam back” and “not compromising Islam” should definitely take a listen. Oh, and listening to the kuffar laughing, thinking they are destroying Islam. That’s something I need like coffee in the morning. The tracks are overly long (the brutal “1924” is eight gruesome minutes of the Soldiers rapping the ENTIRE HISTORY OF ISLAM) and full of historical revisionism (to my knowledge, no “nucular” bombs were every dropped on any nation in the Middle East).
Bottom Line: Christians don’t have a stranglehold on releasing shitty music.

Emo Bands
Genre: Emo
What They Sound Like: The exact same
Sample Lyrics: Take a cute girl, have her leave you, find her hair on your cardigan sweater, cry. Repeat.
Why They’re Worth Your Time: I tried for a long time to find an emo band interesting enough to write about, but I came up empty every single time. Sure, there were bands with great emo titles: A Quiet Disaster, Blatant Contemplation, Falling For Alba, etc. The problem with most emo bands is that they’re able to play their instruments well enough to avoid mockery, but not well enough to make things interesting.
Bottom Line: Heard one, heard ’em all. 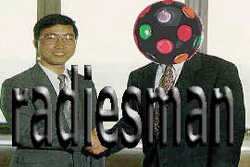 Radies Man
Genre: Nu-Soul/Lounge
What He Sounds Like: The Japanese-American Godfather of Soul and the new face of music in the 21st Century
Sample Lyrics: “Diana… Diana… Honkey-Tonkey loose and free, Diana…” (from “Honkey-Tonkey Woman”)
Why He’s Worth Your Time: The Man sings passionately (and often out of key) about his lost loves, normally a woman called Diana. What makes this music so refreshing from regular mp3.com pretentious tripe (COUGH! POKERFACE! COUGH!) is its obvious sincerity: Radies Man has a broken heart and he wants to share his grief with you. In addition to this, the baffling and cryptic descriptions of his own songs (“Lonely People with Our Love” is described as “me and diana are alone, with other people who we do not love, who are lonely and pathetic, clinging to us like starfish to fat children splashing in the sea at the beach near the pier for high tide”; “Honkey Tonkey Woman” is summarized thusly: “loose and free, throw me off the pier”) suggest some kind of genius.
Bottom Line: A great artist and a gift to humanity. 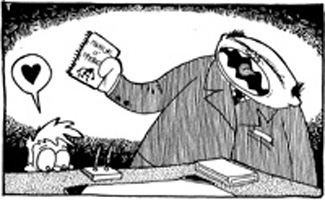 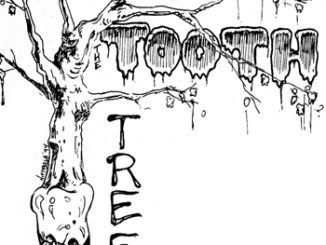