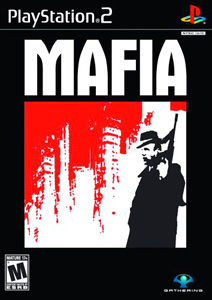 (Gathering for PS2)
by Mike Delano

I ordered spaghetti and marinara; they gave me egg noodles and ketchup.

Mafia for the PS2 will ruin your fantasy view of the mob quicker than finding a fly in your sausage and peppers. Like an anti-crime public service announcement straight from the FBI, this game manages to make your average nine-to-fiver ringing up juice boxes at Target look pretty damn exciting. And while we’re at it, let’s forward a copy over to Senator Lieberman, because this game definitely does inspire the player to commit violence – against themselves.

This game has big dreams. It really wants to be a movie, so it has a hard time settling for a medium that’s going to occupy shelf space between Super Monkey Ball and Mega Man Goes to Norway. Between the time you hit the start button at the title screen and the time you actually get some gameplay action, you could eat more than a few cannolis. Drawn-out dialogue, plodding scenery shots; it’s all part of the next-generation trend where games play like films with a few button presses thrown in to justify the vibrating controller. <cough> TLOTR trilogy. <cough> If this were the 16-bit days, I’d be mowing down innocent people with a tommy gun by now. 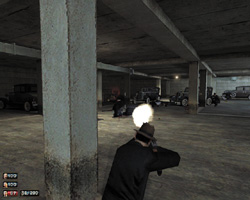 But we don’t have to go retro for an action fix: Grand Theft Auto made its mark by throwing players right into an environment and letting them wreak all kinds of havoc. Mafia borrows liberally from the GTA formula with a huge city to explore on your own or through missions, on foot or in a car. But whereas GTA felt like the videogame world’s answer to Pulp Fiction in terms of hipster appeal, Mafia‘s gameplay and presentation seems to cater the Centrum Silver crowd with lethargic control and downright idiotic schemes. It begs the question: Where the hell is the appeal?

You control Thomas Angelo, a 1930s taxi-driver who gets taken in by the mob. Instead of jumping in, guns blazing, to the meat of the mob action, the game actually forces you to control the character before he joins the ranks. One early scenario forces you to drive some fleeing mobsters in your taxicab to their hideout. Since you’re driving a 1930s jalopy, it controls like shit, and if you hit anything, expect to inch toward your destination at 25 mph.

As if things couldn’t get any worse, the subsequent scenario lets you control Angelo during a typical workday as he drives taxi customers to their destinations. Seriously. And we’re not talking anything approaching Crazy Taxi here. What, you didn’t see in the print ads how you get to enter the world of speed limits and strict obedience of traffic signals? It’s all here, baby! Getting to the point where you’re actually running around fighting rival mobsters with baseball bats and pistols takes well over an hour, and who possesses this kind of patience is beyond me. If you do make it to this point, you’ll find that Angelo controls with all the grace of a tranquilized ape, turning potentially exciting turf wars into exercises in frustration and clenched teeth.

The excruciatingly lengthy load times between scenarios lets the player contemplate not the daunting task of how to make the game better, but instead how it might have been worse. Where’s the scenario where you control Angelo brushing his teeth? How about some old Italian folk music instead of the rousing, old-timey jazz that plays in the background? Why is the power switch still on?
(www.godgames.com) 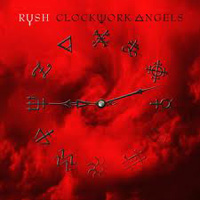