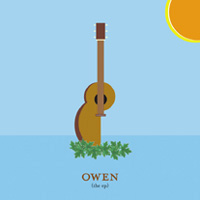 (The EP) (Polyvinyl)
by Tim Den

After No Good For No One Now, Owen‘s less-than-deep diary entry gone wrong, my affection for everything Mike Kinsella was seriously beginning to wane. “When will he grow up, lyrically? When will ambiguous anecdotes about his ex turn into poignant, understandable tales?” With (The EP), Owen might still be struggling with that growing pain, but the outcome sounds a helluva better than anything Kinsella has ever done. 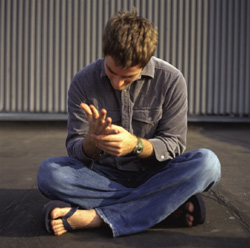 With the addition of cellos, electric guitars, and vibraphones, Kinsella retains his signature soothing vibe but expands just enough to give (The EP) a fresh taste. And despite the fact that his lyrics still adhere to skin-deep philosophical musings of horniness, “In the Morning, Before Work” scores his biggest victory in terms of relateability. Saturated with a beautifully dour tone, Kinsella recalls breakfasts with a former love: The way she climbed into bed with him before leaving for work, the gentleness of her touch, the love felt through shared tomato soup and grilled cheeses. It’s so simple yet so real. The lazy, harmonious morning haze can be felt through Kinsella’s narrative, as well as his yearning for this picturesque past.

There are plenty of open-string hammer-ons and time changes too, just to keep the American Football and Owls fans around, but unlike No Good For No One Now, they feel sentimental as well as mathy (believe it or not). They rock you back and forth in off-times until you dream of watching Midwestern sunrises with your soulmate, even if the only thing you’re really holding in your arms are bittersweet memories. A beautiful return to form.
(www.polyvinylrecords.com) 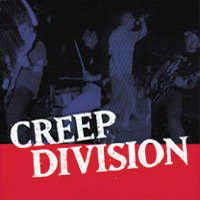 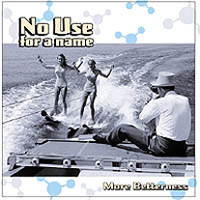 No Use For A Name – More Betterness! – Interview 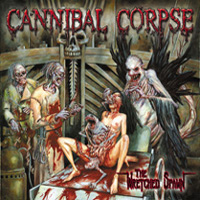