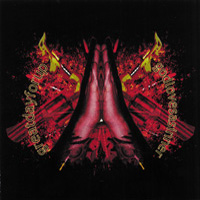 Godlovesasinner (Curve of the Earth)
by Craig Regala

Clear, tight, bolted-down and butted-together tension/release rock with breathing room and a touch of melodic flavor. This is what I thought Danzig’s “metal move” was gonna be. Greatdayforup is a five-piece with a true singer/front guy, bass, tubs, and twin axemen. They rock their stompy kickass, much like Boston’s We’re All Gonna Die: Punk theory and attack, rock dynamism, focus, and attention to craft. This puts them in the position where “many people could like’m a whole bunch.” If those masses do, it’s a-oh-kay with me. As a wise man said, “May undergroundism follow Marxism on the scrap heap of history.” (Joe Carducci in Rock and the Pop Narcotic: The best book ever written about what the hell happened with rock music after Rolling Stone et. al. tried to bury it.) I want such Northeast fair such as Scissorfight, Lamont, GDFU, WAGD, and Roadsaw beamed into the needy skulls of middle school kids. I mean, Jesus, don’t you? Also, no reason why the tiny t-shirt babe brigade at Godsmack and Staind shows couldn’t slip these guys a little tongue, right?

To push the geographical heritage angle (c’mon; Albany’s hooked into the Northeast: Boston, Hartford, et. al. area), GDFU stand in the DMZ, La Peste, Moving Targets, Bullet La Volta, Only Living Witness line, which is pretty much right there on the red carpet of rock, ya’know? Clean vocals, suckerpunch riffs, classic rocker/metal heft (c’mon, these guys could do Riot’s “Swords and Tequila” as easy as Black Flag’s “Clocked In” or “Loose Nut”), economy of line and the occasional (esp. live) tear-ass guitar part. If you have an interest in this, look up their split with Solace. It’s great. The Greatdayforup fellas show restraint, strength, and a sense of ominous purpose on that split’s “August, 1979.”
(www.curveoftheearthrecords.com) 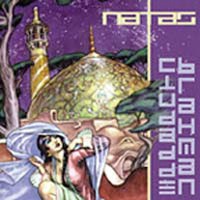 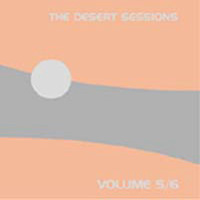 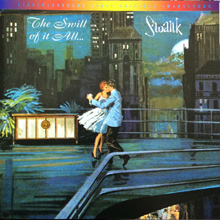 Swank – The Swill of it All – Review