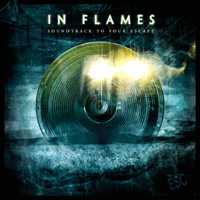 Soundtrack To Your Escape (Nuclear Blast)
by Martin Popoff

Gotta hand it to them, knee-deep in backlash, In Flames still sell an increasing amount of records, get a goodly share of positive reviews from critics and fans, and keep rocking shaggy-style across America. Soundtrack is a similar record to Reroute, but it’s like five of the band’s 18 eccentricities have been traded for another five. From the production (including a soup-can snare sound) to the guitar effects, to weird little percussive twists, retro Saga-like keyboards, to Anders’ schizoid vocal personas, In Flames have carved themselves an endearing, enigmatic, amusing place within a scene now dominated to the left and right by American metalcore bands, something you might now mistake In Flames for if you were parachuted into the fray without the evolutionary history. 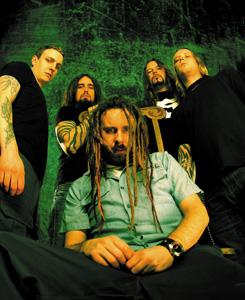 But surprise, compared to this new, unforeseen competition (and that’s exactly what it is: A world of jockeying, political tour match-ups), In Flames would have to be called one of the least obedient to the rules. Their new riffs feed more on their past than those of others do (yes, that’s what I meant… Think about it for a minute), and there’s a frenzied sort of claustrophobic panic to their sound mélange. As it can be said of Manowar, no one dares trample this terrain of odd, sweet and sour tastes. It’s been left for In Flames to play In Flames music, partly because no one else wants the job, finding many of these moves ill-advised.
(2323 W. El Segundo Blvd. Hawthorne, CA 90250) 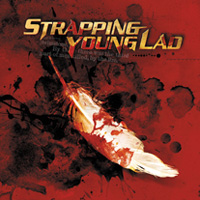 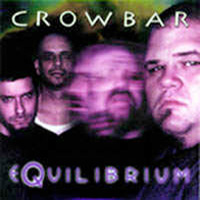 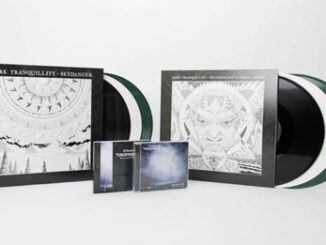