Storm (Metropolis)
An interview with composer/vocalist Tom Shear
By Wa

Originating in 1988 after attending what would later be credited as a seminal Depeche Mode concert, Assemblage 23 was born. A devoted fan of the punk DIY movement, he willingly put forth years of blood, sweat, and tears before his creative efforts would show any marginal success with the club favorite “Purgatory” from his 1999 album Contempt. Exhibiting a genuine effort to remain true to himself and unwavering in the type of music he wanted to make, Tom Shea has become a constant fixture on the Goth/electronic scene.

Now that you’re finally on a label that you actually like, what are the greatest challenges you face as a professional musician?
I’m my own toughest critic, so with each album, I feel I have to outdo myself in some way or other from the previous album.

What things ignite your creative passion? Do you have a muse?
For me, the music is a muse in itself. Writing for me is incredibly rewarding, so it’s seeking out a new melody, or finding words to express an experience I’ve had that drives me. It also lets me blow off steam and get the more negative feelings out of my system instead of leaving them pent-up inside, which is motivation enough in itself.

From your perspective, how does Storm differ from Defiance?
They’re very different albums. Defiance was a bit more of a somber album, whereas a lot of the songs on Storm are almost optimistic. The tempos are obviously a lot higher on Storm, and the drums are mixed much more prominently, so it’s a much easier album to dance to. The sound palette is a bit different… There are a lot more metallic type synth sounds on Storm. The drum sounds are edgier. But I think most noticeably, Storm is much more layered. There’s a lot more going on in the tracks than there was with Defiance, both instrumentally and vocally. 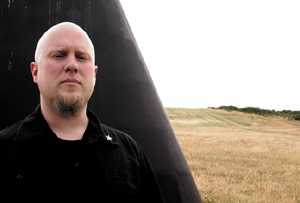 Were there any unexpected challenges or surprises you encountered while recording Storm?
Mixing it was tough, because there was so much more going on that there were a lot of individual parts competing for the same space. The chorus of “Ground” alone has about a dozen or so synth lines going on at once, and mixing something like that obviously takes a lot more time and effort.

How long did it take, from conception through mixing and mastering, to assemble Storm?
About two years. More of the work was done toward the end, as obviously there was touring for Defiance and other stuff that kept me out of the studio in the beginning, but the writing began almost immediately after Defiance was completed.

Congratulations on “Let the Wind Erase Me” appearing on the Billboard Hot Dance Singles chart earlier this year. Was that the first time a song of yours has achieved this honor, and how did you feel about it?
It was pretty cool, but honestly, I didn’t think about it too much. I think the single just happened to come out at a time where there weren’t a lot of new dance singles being released, so we made it onto the charts. It’s in no way an indicator that somehow A23 is appealing to a mainstream audience. It was just a fluke, really.

How do you feel about digital music distribution? Are you a vinyl/CD person, or an iPod person?
I’m a CD person. Call me old-fashioned, but I like to be able to hold the case in my hand and read the liner notes, look at the artwork, and that sort of stuff while listening. Not to mention MP3s just don’t sound as good. As far as digital music distribution, I have mixed feelings about it. I think it’s inevitable that we’re moving towards a time where this will be a major way people buy their music but, for the time being, it’s too easy for people to simply bootleg stuff for free, and most people aren’t going to buy something they can get for free. Even a lot of the “pay for download” sites aren’t legit. I found some site in Russia that was selling pretty much the entire Metropolis catalog without my consent and without Metropolis getting a dime. There was a pretty major “legit” site in the U.S. that was doing the same thing. So I think there are a LOT of thorny legal issues that need to be sorted out in order for digital music distribution to be truly viable.

Who or what is spinning in your collection recently?
Tim Wright is someone I’ve been listening to a lot this year. He’s on Novamute records and does hard house type stuff with elements of jungle, d’n’b, acid, and just about everything mixed in. And, of course, I have to give a plug to backandtotheleft (www.battl.info), a band I produced. I released their album, Obsolete, on my own label (23db) last fall.

What dream person or group would you most like to work with, and in what context?
I really don’t like collaborating, to be honest. I don’t like having to compromise, and in collaboration, compromise is inevitable. I’d much rather watch a producer I really admire, like Flood, and see what things I could learn. 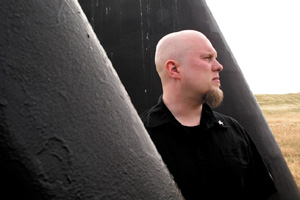 Any favorite books or authors?
Chuck Palahniuk is probably my favorite author. His writing style is so interesting that it’s very difficult to stop reading one of his books once you start.

Dimebag Darrell, former guitarist for Pantera, was recently gunned down while performing on stage. Has there ever been a time when you actually feared for your life while performing live?
Not really. I mean, every now and then you meet a fan who’s a bit separated from reality and takes things a bit too far, but I think those types of people are rare. That was a terrible incident… And so completely senseless. At least he died doing what he loved.

What are your thoughts and feelings regarding what seems to be an increased levels of violence exhibited by audiences at live performances?
I’ve never experienced it myself. I mean, yeah, a mosh pit will break out or something, but it’s all in good fun. I don’t know, I don’t think there really IS an increased level of violence. Every now and then, something terrible happens, but even in the ’60s, there were things like Altamont… I think we’re just more tuned into them now, because news is so much more readily available through the Internet and such.

From your extensive experience, what advice or warnings would you give to the musicians out there who dream and aspire to make music their primary profession?
“Don’t get your hopes up.” Not to be discouraging, just realistic. I’ve found that people have some huge misconceptions about this scene and how big it is. The number of artists in this scene who are able to make a living from it is miniscule. Less than 5% probably. So if your motivation is to “get on Metropolis” and become a big star, you might want to reevaluate your reasons for doing music. Do music because you love it. Do music because it makes you happy. If you go into it thinking “I’m going to get rich and have the phattest studio in the world,” I guarantee you disappointment. If you stay true to your reasons for making music and do it because you enjoy it, you can never be disappointed, whether 10 people buy your album or 10,000.
(www.metropolis-records.com) 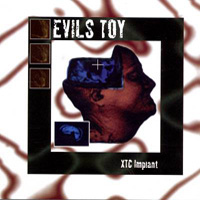 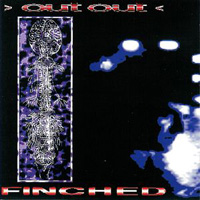 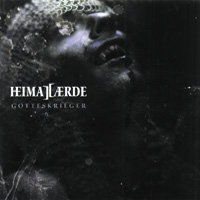