The ever-evolving collective that is Porn (really just lead madman Tim Moss and whoever else he decides to work with) is back, just a few short years after their hour-long Experiments in Feedback EP, with what is undoubtedly their most fearsome lineup yet: Moss, Billy Anderson on bass, and Dale Crover on drums. Billy Anderson’s name should be familiar to anyone who’s into stoner or otherwise heavy underground rock because the chances are good he’s produced several things in your collection. Dale Crover has been one of the finest drummers in the world for the past 20 years or so, all of which he has spent behind the kit for Melvins. And Moss is no slouch himself, lending the occasional intentionally ugly vocal as a garnish to the beautifully awful racket he makes with his guitar. A powerhouse lineup indeed.

Opening track “Succulento” sets the stage for all that follows. Its 12 instrumental minutes populated largely by a ominously trundling beat that is merely the barest of stage props for a large-scale guitar freakout, Moss deploying a motley array of effects and shakes every note out of his guitar as if it were his own head, filled with evil specters. Vocals come and go, seemingly at random, but this only adds to the slimy patina in which the album slathers the listener. 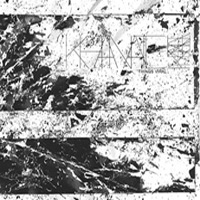 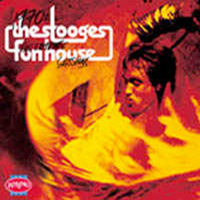 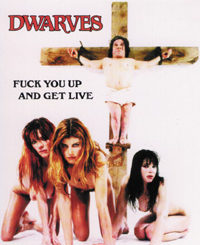 Dwarves – Fuck You Up and Get Live – Review