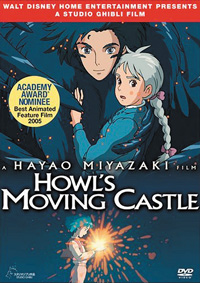 Hayao Miyazaki’s Spirited Away was my first review for Lollipop. I complained (prematurely, as it turned out) that Disney was ignoring his brilliant work in favor of their pleasant but ultimately generic releases. Well, since that review was written, Spirited Away captured a bit of the attention it deserved, and many of the past films from his studio (Studio Ghibli) have seen U.S. release, via Disney (Pom Poko and Laputa: Castle In The Sky, among others).

His newest, Howl’s Moving Castle, is another mind-boggling adventure in the “kid’s movie the way they really should be made” mold. Endlessly inventive, jaw droppingly gorgeous, there’s plenty in Howl’s Moving Castle to keep even the cynical-ass hipsters glued to the screen.

The story involves a young girl named Sophie who’s saved from embarrassment by Howl (Christian Bale,) and then gets sucked into a bizarre love triangle involving a stupendously fat witch, who then ages her sixty years. Along the way, there’s a hopping scarecrow, a talking fire (Billy Crystal, who succeeds in not being too annoying) and a bunch of other sprawling crap that’ll leave you with a minor case of exhaustion by the time the film’s over.

Like Spirited Away, the film’s visuals truly earn the adjective “trippy”: Tar monsters with Jimmy Durante noses and straw hats loom menacingly in alleys, young boys grow beards at will, and Howl’s castle itself is a nightmarishly insane, shambling mess. Like all the best “children’s” entertainment, watching it under chemical influence can seriously throw you for a loop.

The film has serious flaws, it must be said. The sprawling storyline is a bit too sprawling. It covers everything, and satisfies nothing, save Sophie’s story (yeah, she’s the main character, but the film takes on so much that telling her story alone just doesn’t do the job). The ending is the very definition of “wrapping up loose ends at the last second.” There doesn’t really seem to be a point, outside of entertainment. Nothing wrong with that, certainly, but the film is obviously trying for more. See this, definitely, but don’t expect too much.
(www.disney.go.com) 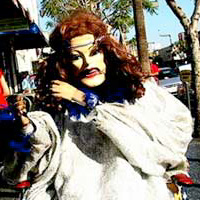 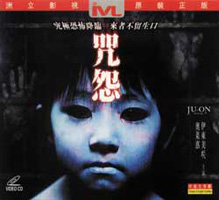