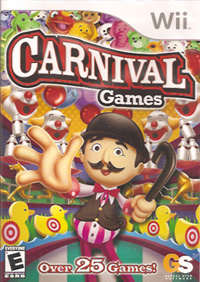 The Wii Remote may be the most popular peripheral in the short history of gaming. Sure, the light gun has endured throughout the years, but it never had the fanatical devotion reserved for the Wii Remote. Many gamers proudly admit to using their Wii only to play the system pack-in Wii Sports, ignoring the big-name titles (Zelda, Metroid) that were previously thought necessary to drive a Nintendo console. Wii Sports is little more than a tech demo for the Wii Remote’s motion-sensing controls and is the standard bearer for fun, pick-up-and-play accessibility, but doesn’t pretend to offer anything beyond a quick, 15-minute buzz. The enduring popularity of the game paints a dark picture for the future of the Wii, but one thing’s for sure: There’s money to be made by creating knockoffs of it.

Enter Carnival Games, which transfers the simple motion-sensing actions of Wii Sports to (you guessed it) a carnival setting of dozens of familiar mini-games. Some (Skeeball) are much better than others (Ring Toss), but one has to wonder why someone would pay for essentially the same experience they get for free in every Wii box, especially when it’s without any of the zany personality that distinguishes like-minded games such as Wario Ware: Smooth Moves and Rayman: Raving Rabbids. Then again, never underestimate the power of the Wii Remote.
(www.globalstarsoftware.com) 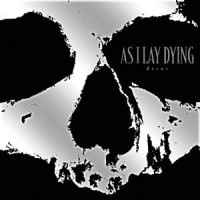