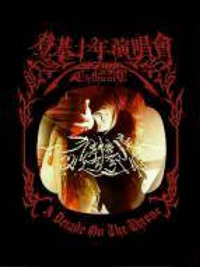 A Decade on the Throne (SPV)
by Tim Den

A Decade on the Throne captures Taiwanese black metal act Chthonic on their turf, playing to thousands of screaming Taiwanese fans replete with a backing choir, laser light shows, and, of course, the prerequisite corpse paint. It’s a shame that all the between-song banter has been cut out, cuz I would’ve loved to hear what Taiwanese black metal bands say to their relatively “normal” looking fans. Speaking of which, it’s interesting to note that extreme music fans in Taiwan have seemingly yet to be homogenized in terms of looks and attitude. Whereas every Western country’s metal fans pretty much all dress, speak, and look the same, Chthonic fans contain older adults in regular street clothes, J-Pop looking girls, and a few headbangers (most with short hair). Only a matter of time, though, right?

Highlights include the band showering the crowd with “dead people money” (a currency of sorts that the living burn in front of their deceased relative’s tombs so that the spirits can travel safely and comfortably) – which is really fucking creepy if you understand Chinese culture – “The Breath of Ocean”‘s mixing of Taiwanese and Western melodies, and especially the er-hu solo that sings of the Chinese’s 5000 year-old mysticism. It’s drenched in millenniums’ worth of despair, lives lost, dreams unfulfilled, and stories passed down. An essential part of Chthonic’s sound, I, for one, am really glad that they give the instrument its own spotlight during live shows.

I must say, though, that compared to peers such as Immortal, Emperor, and Dimmu Borgir, Chthonic’s live presence is pretty tame. Perhaps they lack the inherent violence that permeates Scandinavian black metal, but that’s no big loss: Chthonic more than make up for it with poetry, both musically and lyrically. So if you loved both Seediq Bale and Relentless Recurrence, here’s your chance to see the much-hyped band in the flesh.
(www.spvusa.com) 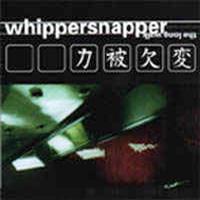 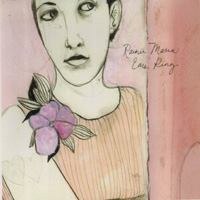