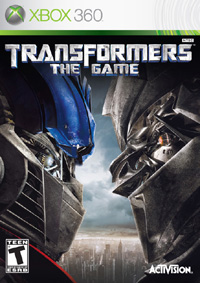 Reading about the new Ghostbusters game makes me wonder if there should be a decade-long waiting period on licensed games. The creators of the Ghostbusters game aren’t cashing in on a new movie, but rather creating something based purely on their love of the franchise.

There’s no love on display in Transformers: The Game. The recent Transformers movie was either lame or a glorious triumph, depending on the level of your fanatical devotion to the ’80s cartoon and avalanche of action figures. For the game, there’s no debate: It’s bad. It’s not fun to play. It looks gross. It’s part of the long, shameful legacy of movie tie-in games that, beyond all reason, sell in massive quantities. No matter how bad the Ghost Rider or Spiderman 3 or Fantastic Four video game is, gamers will line up for next year’s installments. It’s not going out on a limb to suggest that, barring a complete change in mindset among the developers of movie tie-in games, this year’s Iron Man and The Dark Knight games will also be terrible. With no ultimatum from gamers, there’s little incentive for companies to enlist the talent to create good products when bad products sell just as well. Demand better.
(www.activision.com) 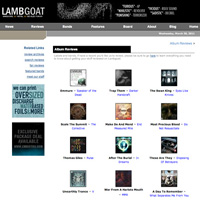