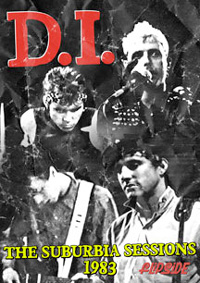 Live-in-the-studio take from these second generation Californian post-core dudes after they’d been featured in the classic film Suburbia. It was 1983, bands like these were absorbing some “post-punk” hard rock moves, or developing’m on the fly. This is a practice space run through shot live and unedited by the Flipside crew. Because of its particular fame (Slayer rocked it out on their Undisputed Attitude covers deal), and quality, you may already be familiar with “Richard Hung Himself.” I remember getting D.I.‘s, Horse Bite, Dog Cries in late ’85 and digging it a bunch. Very rock and roll-y with that kinda juice the younger siblings of rocker metal kids (who you’d turn onto the Pistols and Dead Boys in the late ’70s), could gulp down. That various guys from the stupetatic first generation hardcore band The Adolescents formed and show up now and again through D.I.’s time should wave the punker flag in your face enough to make you wake the fuck up. Like I said, it’s a live practice session; warts, farts, funny haircuts and all, so be prepared for the basic run through. Some nice interview footage appended. See? They be just like you.
(www.musicvideodistributors.com) 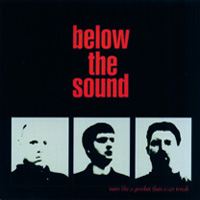 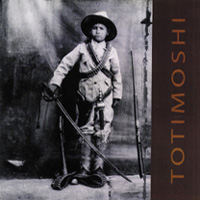 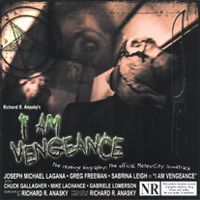