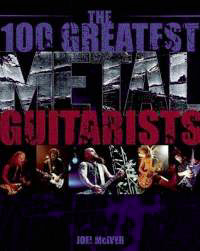 The UK’s Joel McIver, over not very many years at all, has become heavy metal’s premiere journalist, through periodical work and books alike, as well as through commercial success and the peerless exposure that affords. At the top of the heap, nonetheless his greatest contribution to the form is in being the first to mark the shedding of “hard rock” and much old-ish from the metal lexicon, a point he emphatically has made through his pure ‘n’ steely metal choicings and voicings throughout this gorgeously appointed tome. Stylish per McIver’s usual standards, the book features expert photography and nice touches such as “Genius Moment” indicators as to where to hear the axeman cometh, as well as words of wisdom directly from those chosen. Joel’s choices are sure to cause kitchen table knife fights (and wait until you get into the Top 20!). But, as I say, McIver is at the front edge, making that paradigm shift, retiring the old gods for all manner of death black thrasher, not to mention young pups in bands such as Bullet For My Valentine, Dragonforce, and Avenged Sevenfold. And let’s face it, the neo-metal world has carried its own in the shred department, these new bands invigorating through the impossible (but for ProTools), and are now finally getting their due through a world authority putting their pasty faces in a world-class book. Mums all over are going to be newly proud, especially given the thorough and scholarly biographical info, the critical analysis and the accessible, not over-bearing guitarspeak Joel bestows upon these long-haired no-goodniks and what they’ve chosen to do with their lives. A couple of negatives: Perhaps too much standard, known, general info hither and thither, and some of the artist quotes seem gratuitous and off-topic. I also think an opportunity is missed with the cool idea of the Genius Moment: I wanted to be guided to 1:08 to 1:24 of a song, and not just a song. Although there’s usually some useful direction, at times, I didn’t know whether I was supposed to be impressed by the riff or the soloing. Anyway, some nice and nerd-listy appendices round out the show, and then the debate and discussion begins on message boards the world o’er. And like I say, you won’t be hearing that the list wasn’t heavy enough.
(www.jawbonepress.com) 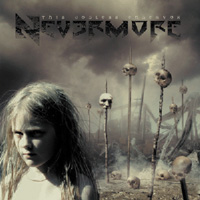 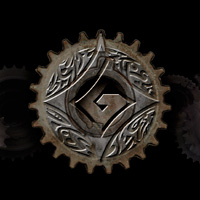 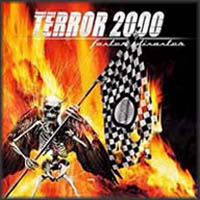