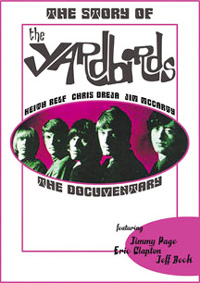 The Story of The Yardbirds (MVD Visual)
By Craig Regala

The Yardbirds were one of the bands that created what was to become “hard rock.” They amped-up blues, cut it with psychedelic pop and a teenage impatience that came to define garage rock. They were great, focusing on a great singer/harmonica player and guitars played by Eric Clapton, Jimmy Page, and the amazing Jeff Beck. It’s still an odd fucking thing how hard blues hit England (and Europe overall), but that kinda proves there was DNA in the blues from Europe’s white trash as they were forced, cajoled, and lied to about the colonies and lived and worked alongside Black slaves more often that not. When The Yardbirds disintegrated, their last guitar player, J. Page, morphed’m into a new thing that was to become Led Zeppelin.

As the Internet/media culture demands huge amounts of “content,” lotsa stuff that’s kickin’ around gets punched up and out. This is a good thing, as is this DVD. It’s got a buncha interview footage from the ’80s or so, and live TV from 1963 to ’68, including their steamrolling of the Burnette Brothers rock and roll holocaust, “Train Kept A-Rollin'” (later effectively retooled by big fans Aerosmith), and ace pop hit, “Heart Full of Soul.” This is the kinda reference material that should be available to all, bug the local library to stock it.
(www.MVDvisual.com) 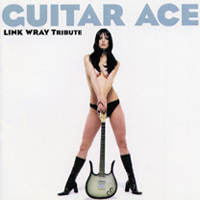 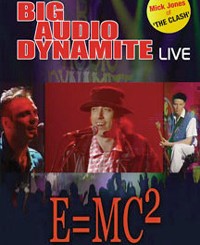 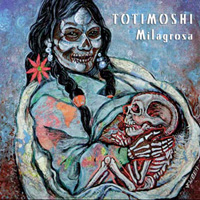