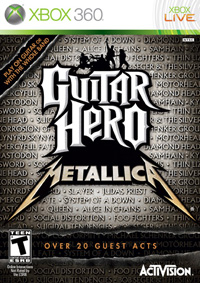 Gone are the days of sifting through crappy pop tunes just to find a couple of metal anthems when your buddies come over to play Guitar Hero or Rock Band. It’s impossible to hit a bad song in Guitar Hero: Metallica: The setlist, from the 28 Metallica songs to classic “opening acts” like Samhain, Corrosion of Conformity, and Mastodon, is impeccable. Sure, your wife or girlfriend will refuse to play with you because they don’t know the songs, but that only proves how metal this game is. Further proof comes in the form of the punishment the game likes to dish out in the skill needed to survive thrash beasts like “Fight Fire with Fire” or Slayer’s “War Ensemble.” There’s no free ride on the endgame songs here, so shredders who were lulled into complacency by the friendlier difficulty of Rock Band 2 or Guitar Hero: World Tour should prepare to hit roadblocks that conjure flashbacks of Guitar Hero III. All in all, the game is similar to last year’s very satisfying Guitar Hero: Aerosmith and bolstered by some neat extras like the ability to use two kick pedals, “Metallifacts” that pop up over songs you’ve completed, and the animated presence of artists that influenced the band, like Lemmy and King Diamond.
(www.activision.com) 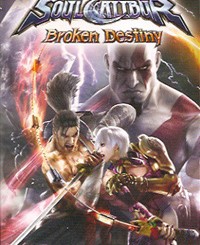 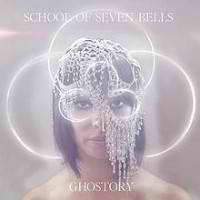