Melodic death metal tyrants Amon Amarth are proud to announce their 2011 U.S. headlining tour. Simply dubbed “An Evening With Amon Amarth,” this very special trek will find the band touring without support and instead performing two separate sets each night! One set will feature upcoming album Surtur Rising in its entirety. The Viking-inspired festivities will commence on April 14th in Chicago, Illinois and pillage its way through 17 cities throughout the country before drawing to a climactic close on May 7 in Philadelphia, Pennsylvania.

Elaborated drummer Fredrik Andersson: “We’re really excited about the upcoming album, Surtur Rising. And what better way to showcase it by playing the full album on our first U.S. tour for Surtur Rising?! It’s definitely a unique opportunity for our fans because not only will the album be performed live but a second set with material from our previous albums will take place. We want our fans to really experience Amon Amarth.”

Surtur Rising, the band’s eagerly anticipated eighth studio effort, is scheduled for North American release on March 29, 2011 via Metal Blade Records. Named in tribute to Surtur, leader of the fire giants of Muspelheim (“flame land”) and the oldest being in the nine worlds of Norse mythology, the follow-up to 2008’s heroic Twilight Of The Thunder God, was recorded, mixed and mastered at Fascination Street Studios Örebro, Sweden with Jens Bogren and bears a striking, war-torn cover by Tom Thiel.

Tickets are on sale now through all local ticket outlets.

Be sure to visit the band’s recently-launched Surtur Rising landing page which includes album pre-orders for North America and Europe as well as up-to-the-minute news updates, tour announcements, videos and singles leading up to the record’s release. To access the site, point your browser HERE.

In related news, Amon Amarth recently performed on the much talked-about 70,000 Tons Of Metal Cruise which took place from January 24th – 28th. The voyage began in Miami, Florida, made its way to Cozumel, Mexico and played host to 40 bands! Check out Metal Injection’s photos of the band ravaging the boat HERE. 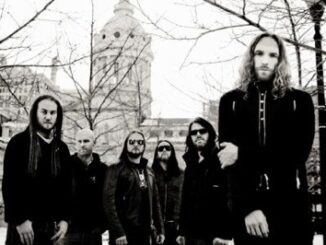 Dark Tranquillity to release new album, ‘Construct,’ in May 2013 – News 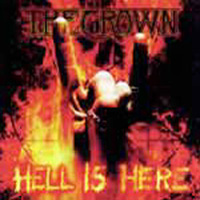