Stryper Get Back To Their Roots On Covers-Heavy Set, ‘The Covering’

Christian rockers Stryper are offering fans a head-banging view of who their influences were early on, with the arrival of an almost entire album’s worth of cover songs titled ‘The Covering’. Set for release on February 15th via Big3 Records, the album includes twelve rocking covers, as well as the all-new original tune, “God”. And most significantly, the album marks the return of original bassist Tim Gaines back into the Stryper fold, setting up the first Stryper release in years to feature the definitive line-up of Michael Sweet (vocals/guitar), Oz Fox (guitar), Tim Gaines (bass), and Robert Sweet (drums).

According to Michael Sweet, the impetus for putting out a mostly covers set was a simple one. “Every Stryper album is pretty serious and pretty bold in the lyrical faith sense of the word. We just wanted to roll our sleeves up, cut loose, and have some fun.” And when it came time to pick out a listing of tunes to cover, all the band had to do was look back upon their club days. “Growing up, before Stryper was even Stryper, we were a cover band. We played Gazzarri’s on the Strip for years – we would do originals but also do covers, as well. We always did Priest covers and Maiden covers, all those bands we grew up on and who influenced us.”

What fans get is a CD that runs the gamut from 1970’s era classic rock (Led Zeppelin’s “Immigrant Song”, Deep Purple’s “Highway Star”, Kiss’ “Shout It Out Loud” etc.) to 1980’s era heavy metal (Black Sabbath’s “Heaven and Hell”, the Scorpions’ “Blackout”, “Iron Maiden’s “The Trooper” etc.). “A few things we set out to do on this album was to stay true to the original – we didn’t want to disrespect the original versions,” explains Michael. “I’m never going to sound like Bruce Dickinson or Ronnie James Dio, nor would I ever try to. And having me sing the song puts our own spin on it. We just all did our own thing and with our own touches and feel – Robert, Tim, Oz, and myself – it has that Stryper feel to it as well.”

Big3 Records Chairman Bill Edwards adds, “We are excited to allow Stryper the creative freedom to do what they do best, and take this album to the next level. We are very excited about working with the band and helping make ‘The Covering’ a widespread success.”

To support ‘The Covering’, Stryper is planning a tour that begins in March, and when it comes to the set list, it will contain quite a few surprises for longtime fans. “We’re probably going to pull out four Stryper songs that haven’t been played in the set in years. And then we’re probably going to do four covers. We’ve also got a whole slew of other Stryper songs that we’ve been playing for a long time. So we probably have 20 songs in the set.” Stryper fans rejoice, more anthemic metal will soon be on the way! 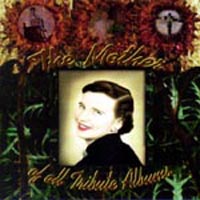 The Mother of All Tribute Albums – Review 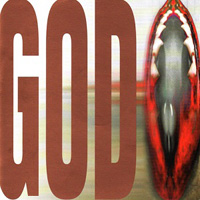