Metropolis recording artists Front Line Assembly (FLA) are gearing up for a national tour, their first since 2007, to promote their critically-hailed new album IMPROVISED. ELECTRONIC. DEVICE. “We always look forward to a US tour,” says keyboardist Jeremy Inkel. “We consider North America our homeland, so to us, it’s very important to represent ourselves as best as we can. In consideration, all our musical aspirations were born over here, this is where we got our start.” Kicking off in Winnipeg on May 15th, FLA will be circling around the continent with Die Krupps and Cyanotic supporting (tour dates below). “We’re quite excited [to tour],” adds keyboardist/vocalist Bill Leeb. “We feel we have grown as a band over the last four years. We really feel this new album will sound great live and can’t wait to get out there and be creative with it!”

Riding high on a crest of applause, the new album (often shortened to “I.E.D.”) has been described by Outburn Magazine as, “a collection of cohesive and adrenaline charged songs that maintains the complexities of the band’s best material.” FearNet says, “Through the years, there’s always been a memorable hook and infectious beat lurking in FLA’s dark textured atmospheres, like a sinister prize in every box… and this record is no exception.” NBC-TV chimed, “Pounding beats. Brooding and extremely dark lyrics. Metal guitars and some of the best production out there in the industrial genre. This is Front Line Assembly at the top of their collective game.”
Bringing the awe-inspiring studio music of I.E.D. into their legendary live performances is something that FLA are excited to do. “First and foremost, since we pretty much play everything live, it puts a whole new spin on the studio music,” Jeremy explains. “Having guitars and drums and vocals performing the songs as a whole versus studio cuts, it really gives it an organic feel. The bands personalities mixed with the visuals and lights creates a wonderful live aspect of the band, and the vision that we have.”

“The fact that we have had one of the best responses ever for an FLA album, we actually can’t wait to go out there and play this music, which as a performer is very exciting and inspiring for us all,” he continues. “It’s the reason we like to make this music, to achieve it live and give fans a great experience . As well the feedback from the audience is priceless for us.”

From the electronic bounce of “Hostage” to the dark metal of “Release” to the ambient and atmospheric closing track, “Downfall,” I.E.D. is an album rife with FLA’s brand of intelligent dance music. The first single “Shifting Through the Lens” is the most danceable track FLA has created in the last decade and came together quite naturally. “Jeremy came up with the original sequence for the verse and chorus and, right away, I really liked what I heard,” Bill explains. “It really brings together a lot of the different aspects of industrial and electronic that we all like.” The inimitable Al Jourgensen (Ministry, Revolting Cocks) guests on the sonic industrial onslaught of “Stupidity,” which Bill describes as, “inspired by the Ministry album The Last Sucker. Jeremy was on tour with his other band Left Spine Down supporting RevCo and he get to know Al really well. We’re really excited to have him on it!” Adds Jeremy, “Not only did Al agree to do the vocals, but he got his hands dirty with the production and mixed the whole song in his studio in El Paso.”

Improvised. Electronic. Device. was released via Metropolis Records on June 22, 2010. 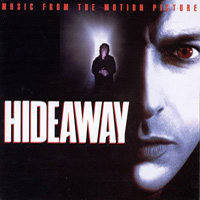 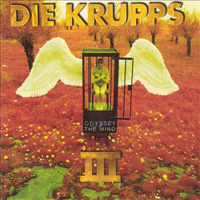