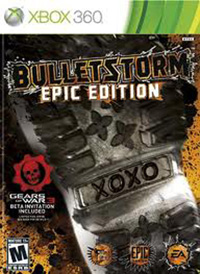 One would think that a game called Bulletstorm (somewhere, a nascent death metal band is cursing the skies for not grabbing that name first) would hit the ground running, thrusting the player into, say, a maelstrom of hot lead. That’s not the case here. After assuming the role of outcast mercenary Grayson Hunt, you have to slog your way through a protracted opening that feeds you weapons and abilities at a snail’s pace, all while numbing you with half outrageous, half serious plot and dialogue that succeeds in neither direction. It’s not until later on, when you have a solid arsenal and some worthwhile playgrounds to explore (an indoor amusement park, gorgeously dilapidated docks and courtyards) that the game’s “kill with skill” hook finally delivers. The more creative you are in mowing down the wild-eyed denizens of this alien planet, the more you are rewarded with upgrades and points for bragging rights. Using the silky-smooth controls to manually guide sniper bullet trajectories, whip enemies 50 feet in the air, powerslide and boot fools into the stake-sized spines on mutant cacti, this is the kind of free-flowing craziness of Bayonetta and Vanquish incorporated into an FPS with expertise. The insanity of the later encounters help the second half of the campaign fly by, and the very worthwhile Echoes mode breaks up the entire game into bite-sized chunks so you can experience the beautiful environments again and puzzle your way to the maximum point total.
(www.ea.com) 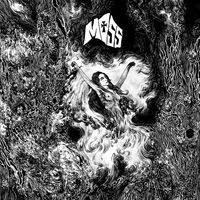 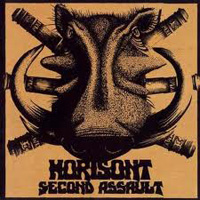 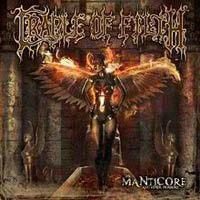 Cradle of Filth – The Manticore And Other Horrors – Review