“The London Souls are rock’n’roll, straight up with the slightest twist of soul and a little dash of the blues. They play loud, they play raucous and they play with every bit of their bodies, as any good rock musician should; but perhaps the even better news is that unlike a lot of what passes for rock these days, they haven’t lost sight of what good music sounds like, no matter how loud it is.”
-The Tripwire

Tash Neal, Kiyoshi, and Chris St. Hilaire, better known as The London Souls, are extremely excited to release their debut self-titled album. Set for a July 12th release on Soul On 10 Records / DD172, The London Souls was produced by Ethan Johns at London’s renowned Abbey Road Studios and captures the spirit of this power trio that has been a best-kept secret among New York City concertgoers since the band’s formation in 2008. With a fervent and dynamic fan base thanks to their consistently impassioned, explosive live performances, The London Souls’ unique reinterpretation of hard-hitting rock n roll recalls elements of the past with a boundless energy that will hypnotize and amaze.

Spotlighted by MTV, Rolling Stone, Relix and The Wall Street Journal, among others, the band’s celebrated sound draws significant influence from the driving force of British rock pioneers Cream and Led Zeppelin, to billowing and bouncing funk and soul, to the layered harmonies and memorable hooks of The Beatles and The Hollies, to the contemporary psychedelia of My Morning Jacket, among many more.

To get fans excited, The London Souls are streaming new song “She’s So Mad” at http://soundcloud.com/the-london-souls/shes-so-mad

The London Souls recently completed a tour of China & Hong Kong and plan on spending all of 2011 on the road. Stay tuned for tour dates. 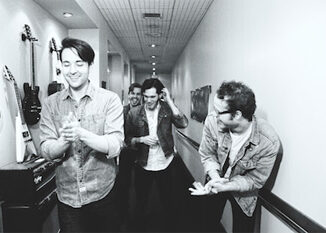 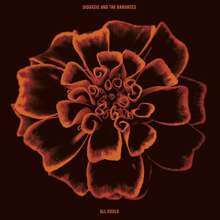 Siouxsie and The Banshees All Souls: A Collection of Classics + Rarities – News