Glenn Danzig, the man at the forefront of the hardcore/dark metal movement for nearly three decades will be hosting MTV’s Headbanger’s Ball on Monday, November 1st.

The episode, which airs at 3 AM ET/PT, will feature the following videos:

This week saw the highly anticipated return of of Danzig’s BLACKEST OF THE BLACK tour. In its latest reincarnation since 2008, the tour’s lineup features Danzig, legendary Bay Area hell-thrashers Possessed and Swedish black metal pioneers Marduk, who are making a rare & long awaited U.S. touring appearance. Toxic Holocaust and Withered round out the bill. The tour kicked off in Albuquerque and will wrap up later this month in Anaheim. Click here for full details.

Danzig’s first new studio album in over six years, Deth Red Sabaoth was released earlier in the year. (Evilive/The End). It debuted at #36 on the Billboard Top 200 and stayed in the CMJ Loud Rock top 3 for 5 weeks, holding the #1 spot for 3 weeks. A limited run of 2000 black and 1000 red pieces of vinyl will be released on November 9th. Deth Red Sabaoth has scanned over 30,000 units to date. 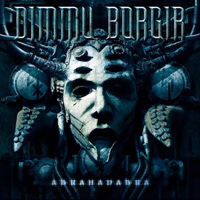