Past Present is a collection of current bands covering classic tracks from the Revelation Records catalog including songs by GORILLA BISCUITS, WARZONE, YOUTH OF TODAY, CHAIN OF STRENGTH and more. These songs were recorded specially for this release; 22 of the 23 tracks have never been available before and all are currently not available elsewhere. Twenty-three songs covering more than 20 years of hardcore played by a diverse group of bands including SICK OF IT ALL, BOLD, WALTER SCHREIFELS, TERROR, DEATH BY STEREO, SET YOUR GOALS, DOWN TO NOTHING and more, all together on one record.

Collaborator/contributor Jon Sinko of BACKLASH explains the inspiration behind Past Present:

“A few years ago I wanted to start a youth crew/straight edge cover band in Portland where I live now. I put an ad in our local music mag looking for kids with influences from Bold, YOT, etc. and got a response back from some dude saying something like hardcore is dead or that era of hardcore is dead. That email bummed me out and really got me thinking. It wasn’t long after that I had dinner with Jordan and pitched him on the idea for the record. At the time, Rev was pretty silent and this was a way to get well respected and active bands to pay tribute to the history that the bands and the label had created over the previous 20 years. The idea to connect back to a good cause in Human Rights Watch helped complete the circle. The days of benefit comps seemed to be disappearing as fast as the appreciation for what Rev originally stood for.

Over the years of recruiting the bands and getting this ready for release, there were so many people who were stoked to be involved in whatever way they could. From Walter, Armand, and Ray to Ken Penn and eventually Jeff Caudill who did the artwork and tons more who referred bands to us. It really was a testament to what influence the label had on so many people. Even for some of the veteran bands, having a song on a Rev release is a defining point in their music careers. This record isn’t about Revelation celebrating their 150th release and 23 years of putting out music. It’s a celebration and giving back from everyone who has been influenced by this label and the bands who were and are on it. It just wouldn’t be as cool if Revelation didn’t put it out.” – Jon Sinko, BACKLASH and Revelation fan since 1989

“Jon has always been really supportive of Revelation and when he came up with this idea I thought it would be fun. There were some concerns about it being a somewhat incestuous and self-referential, but everyone involved liked the idea and in the end the songs came out great so I think everyone will appreciate the effort.” – Jordan Cooper, Revelation Records

Proceeds from Past Present will benefit Human Rights Watch’s advocacy work defending and protecting human rights around the world.

In conjunction with the release, Adidas made custom Revelation Records branded, all canvas, Campus shoes for the bands that recorded for this album. To commemorate the release of Past Present, ten pairs of these Rev Adidas will be given away. 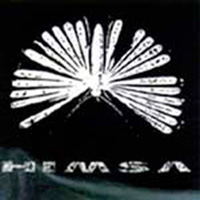 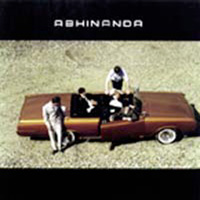 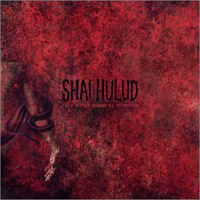