ROGER MIRET AND THE DISASTERS are readying the release of their fourth album “Gotta Get Up Now” this January on People Like You Records. Today the band is premiering the track”We’re Gonna Find a Way” from the new album on their MySpace page http://www.myspace.com/disasters.

“Stand Up And Fight” is more than just the opening track from ROGER MIRET AND THE DISASTERS’ fourth album, “Gotta Get Up Now”. It’s a code of ethics set to music. The Disasters represent an honesty rarely seen in music today. A sound which can only come straight from the heart of New York Hardcore’s most legendary front man, a sound which can never be replicated or imitated, a sound which can only come from true life experiences. From someone who was there for the birth of, and lived through the most turbulent times of, one of the most honest genres of music. One that’s viewed by most as a lifestyle.

A relentless tour schedule has kept THE DISASTERS living on the road for the past eight years. This hard work ethic has transferred itself into a solid fan base, further proving the bands honesty and integrity. They wouldn’t have it any other way, THE DISASTERS have a strong belief in the idea that “fans are something you earn through hard work and dedication, they are just as much a part of the music as we are, it’s that mutual respect and common ground that makes the music so honest for both the fans and for the band itself”.

2011 sees the band with a new international label deal via People Like You Records. Their new album, “Gotta Get Up Now” is the bands most defining release to date. The culmination of punk, reggae, pub rock and hardcore influences teamed with a renewed energy and teeth. Produced by former DISASTER (and current member of the Street Dogs) Johnny Rioux. “Gotta Get Up Now” showcases the band at their peak. Rioux has helped the band sonically translate the energy of their live show to the studio with exhilarating results.

“Gotta Get Up Now” will be released on Jan. 25 2011. After that ROGER MIRET AND THE DISASTERS are ready to hit the road and once again prove that there is still a place in the world for true, honest Street Punk, Rock ‘n Roll!

Face To Face Return To Punk Rock Roots With “Laugh Now, Laugh Later” Out May 17 – News 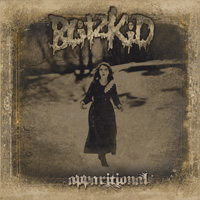