Baroness have unveiled the art for their eagerly anticipated new album, Yellow & Green, which is slated for a July 17 release via Relapse Records.

The album artwork was created by John Baizely, front man for the band who has created all of the band’s artwork as well as artwork for Gillian Welch, Kylesa, Black Tusk and Skeletonwitch. Baizley has become widely regarded for his modernized Art Nouveau style with Juxtapoz Magazine profiling him in their current (April) issue as well as the creation of an online gallery chronicling his creations: www.aperfectmonster.com.

Baroness kicked off their first tour in over a year today with a show at Ace of Cups in Columbus, Ohio. The band joins Meshuggah beginning April 29 for a Spring trek across North America, previewing material from Yellow & Green.

Indian – From All Purity – Music Stream 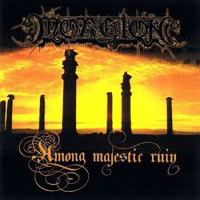