“Reptile Youth is raucous rock, the embodiment of your leather jacket-wearing friend who is always more fun at 2am.” – NYLON ‘Band Crush’

Danish electro-punk duo Reptile Youth has released a new video for single ‘Dead End,’ the fifth in a series of videos previewing their forthcoming self-titled debut produced by Dave M. Allen (The Cure, Sisters of Mercy) and Marc Ralph (Hot Chip), to be released October 23rd on hfn music (Kasper Bjørke). Named one of SPIN’s 25 Must-See Acts of CMJ, the band will bring its extremely raucous live set to the US, playing its very first stateside shows.

Reptile Youth was founded in 2009 by vocalist Mads Damsgaard Kristiansen and bassist Esben Valløe. Soon after its formation, the band toured extensively to rapturous acclaim. In 2010 Reptile Youth completed the longest tour of China ever for a Danish act, and in 2011 the duo performed at Iceland Airwaves, Reeperbahn Festival, Unit Tokyo, and Roskilde festivals as the only band without an actual release. The band plans to tour extensively throughout Europe and North America early next year. 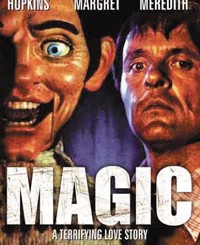