The Living Infinite, the ninth studio album and first dual-disc release by Swedish melodic metal maestros Soilwork, will be unleashed on February 27th in Asia (via license to Marquee Records), in Europe on March 1st, and in North America on March 5th.

Produced by Jens Bogren (Opeth, Amon Amarth, Bloodbath), The Living Infinite features artwork by MNEMIC’s Mircea Eftemie Gabriel who shares: “Seven years ago, I created the artwork for the Stabbing The Drama album and I can’t believe how time flies!  Here we are, with sexy gray hairs, working with my friends in Soilwork again. This time, we built the cover around a maritime concept, aiming for something direct and symbolic. I believe we achieved that quite well. From my creative deck, I salute you and say: ‘Long Live The Living Infinite.'”

Soilwork states: “After commissioning some pretty elaborate covers for the last couple of records, we decided to try something more sober and design-oriented for The Living Infinite. Who better to call than the man who created the iconic Stabbing The Drama cover? Mircea Gabriel Eftemie is not only a close friend but also an incredible graphic designer. We’re all stoked about his work which is different from anything Soilwork has ever done and perfectly suits the elegant oceanic concept of The Living Infinite. Enjoy folks!”

Tracklisting for The Living Infinite is as follows:

Soilwork’s world tour launches with a 55-show headlining trek through the U.S. and Canada this March. Support comes from Jeff Loomis, Blackguard, The Browning, and Wretched. 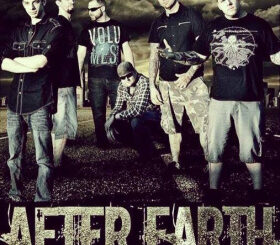